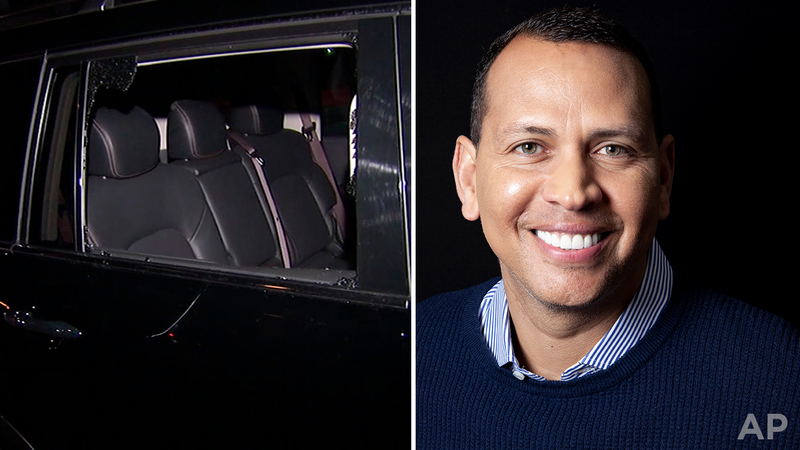 Police were called to 4th and Brannan Streets in San Francisco where a thief reportedly made off with expensive items.

Sources say, someone stole $500,000 worth of jewelry, camera gear and bags out of a black Nissan SUV.

ESPN says some of the valuables belong to Rodriguez, who was in San Francisco Sunday night to broadcast the Giants-Phillies game from Oracle Park.

ESPN rented the Nissan SUV for their production crew and says the break-in happened while the crew was having dinner after the game.

The founder of Big Night Restaurant Group, Anna Weinberg, said that Rodriguez and the crew were eating at her restaurant, Marlowe, at 4th and Brannan Streets, when the SUV was broken into while parked across the street.

Weinberg said Rodriguez and the crew were very kind and waited with her staff at the restaurant until 1:45 am for police to arrive.

"I've had my window broken three times now," said Keith Harty, who lives near 4th and Brannan Streets, and says unlike last night's robust SFPD response, police never came to investigate his car break-ins. "When it comes to robberies, everything here is neglected. There's just not enough resources I imagine to deal with everyone's lost phone."

According to police, a car is broken into every 23 minutes in San Francisco. People in the Bay Area are conscious of the chronic crime.

"I probably would never leave half a million dollars worth of stuff in my car in San Francisco. I pretty much leave like maybe a water bottle, but I was a little nervous when I left my Yeti in there because I feel like it's a nice water bottle," said Susan Walker who lives and works in San Francisco.

Rodriguez put out a statement that says, "I am saddened that several items that were of a personal nature and irreplaceable with sentimental value were taken. I am encouraged that local law enforcement has security footage of the crime and are doing all they can to get the items back."