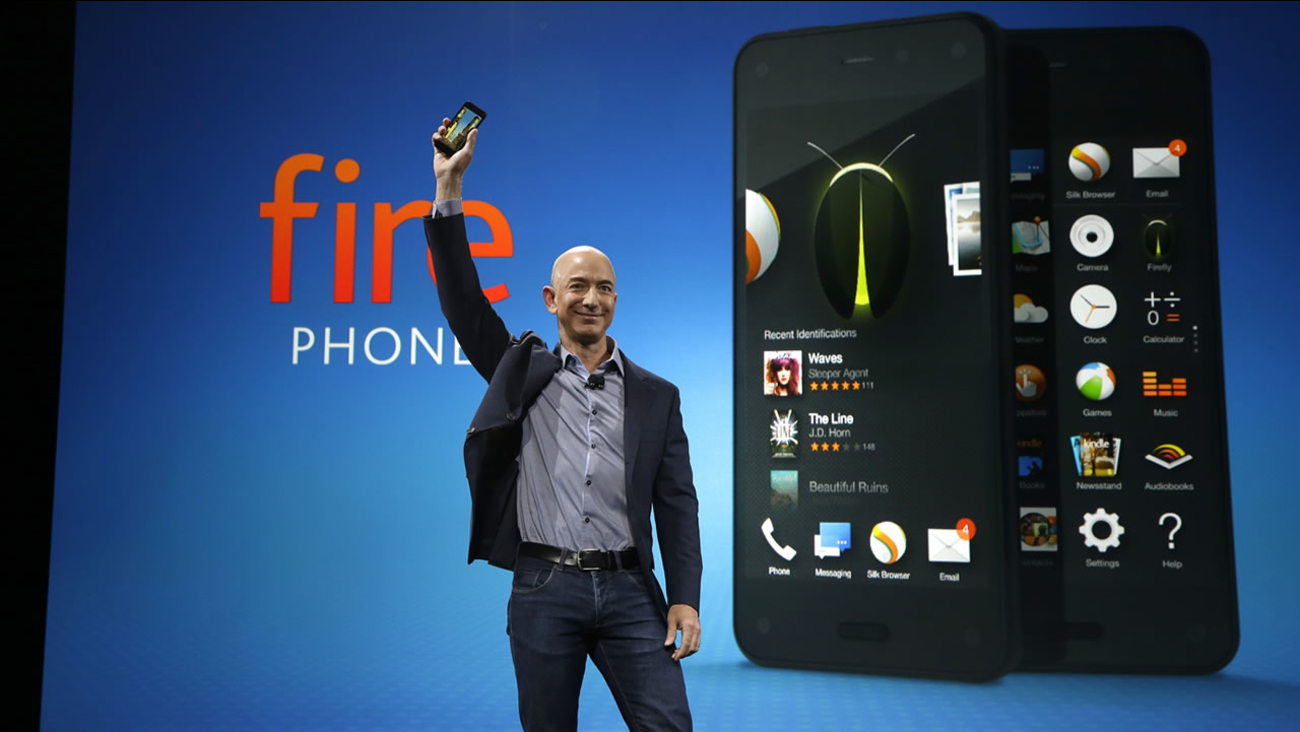 SEATTLE -- Amazon.com, the e-commerce giant that sells everything from groceries to music to its own produced shows, has now become a smartphone maker.

The online shopping giant is expanding its influence over the way we shop online.

At an event on Wednesday, CEO Jeff Bezos unveiled the Amazon-branded smartphone.

The new phone has a 4.7 inch screen, a 13 megapixel camera, and unlimited photo storage on Amazon Cloud.

The device recognizes objects, songs, TV shows, and art. There is also a button which transforms "I want" to "I have," with a quick purchase on Amazon.com.

But here is what's really different about this phone -- it contains three-dimensional-like features visible to the eye without special glasses. It has sensors that track your head, letting you open menus just by tilting the device.

But will it be enough to wow the consumers who've overwhelmingly settled on Apple and Samsung phones?

Analysts say the odds of a third player breaking through are slim.

Even tech companies are struggling in this competitive market. The Microsoft Windows phone has less than three percent of the global market. Not to mention the Facebook phone that failed last year. And Blackberry, which once dominated the market, is barely keeping relevant.

But there is still this huge untapped market of people who still don't have smartphones. Believe it or not, over half of the country doesn't carry a smartphone right now. Amazon is definitely going after those customers who what a latest and greatest thing.

Amazon is hoping that their smartphone will hook the consumers and entice them to make more Amazon.com purchases.

They're connecting the phone to Amazon Prime, offering Prime data and potentially even discounts.