Man has no idea who won election 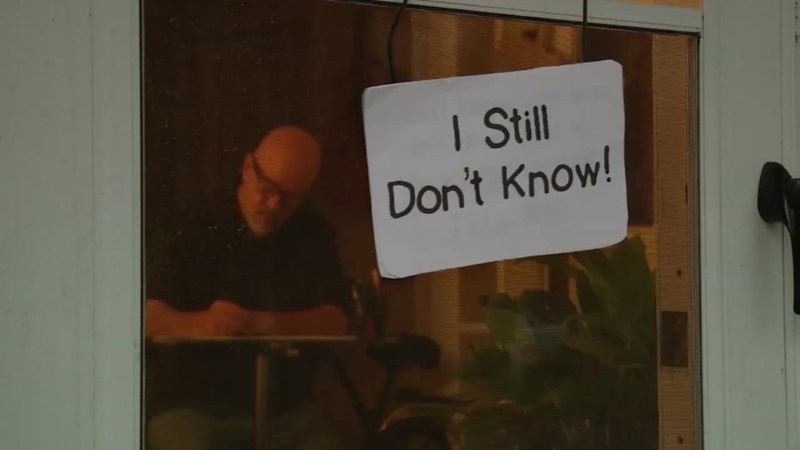 JACKSONVILLE, FL -- Americans found out who won the presidential election over a week ago, but the suspense of the race's outcome continues for one Brunswick man.

Joe Chandler said he still doesn't know the next president of the United States will be, and he doesn't want to know, yet.

Chandler believes he may be the only "lucid" adult walking around who is oblivious about who is now the president-elect.

"I'm sort of protesting the whole debacle that our political system has devolved into, which I elect not to be a part of," Chandler said.

The artist who draws poster calendars did vote, and he cares about the county. But Chandler said he doesn't care to know the outcome of such a divisive election when he knew neither major party candidate was someone he wanted to see elected.

"It all just started organically. I was invited to an election party to stay up into the night with everybody gnawing their nails and hanging on and I thought there's got to be a better way," Chandler said.

He declined the invitation to the party and opted not to watch the results roll in on election night. Instead, he dived into his work.

The next thing he knew, it had been 24 hours, then 48 hours and his life was going just fine without knowing the answer to the question: Who won the presidential election?

"I've found the center of the cyclone. It's very peaceful in my bubble of ignorance," Chandler said. "And being an artist and writer, I've gotten a ton of creative work done."

Chandler said he didn't plan a protest like this, so he doesn't know how he wants to end it.

But he said the end is near, whether it's an accidental disclosure running into someone at the grocery store or simply re-entering the world on a more normal basis.

"But the next words out of that person's mouth could've been, 'Can you believe he won? Can you believe she won?' It could all boil down to a pronoun," Chandler said.

But how could he really not know who won? Chandler said he has avoided the news, sometimes wears big earmuffs in public and even has a sign that he hangs around his neck.

"I'll tell you this, I probably wouldn't have said this three days ago, I'm starting to go a little stir-crazy. I don't know how much longer I can go on with this. I'm ravenous for contact with another human being. Even a fist bump or something."

As for who he voted for, Chandler did not wish to reveal his preferred candidate.