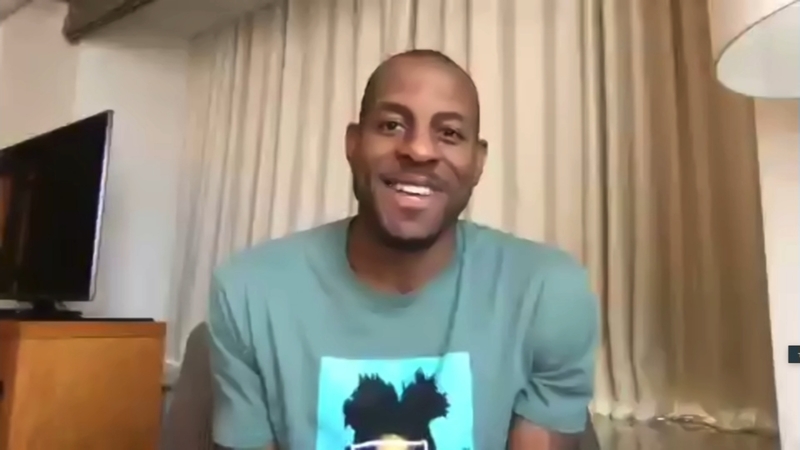 SAN FRANCISCO (KGO) -- NBA legend and champ Andre Iguodala has something exciting going on and Golden State Warriors fans will get to hear him like never before.

"I've just been brewing up for quite some time, just waiting for the right time and to get it off the ground," he said.

Iguodala said he and one of his best friends started the podcast highlighting basketball and culture, but so much more.

"So not just basketball, but sports and culture, and go through a lot of different segments. What's going on in the crypto world, in a tease, blockchain but at the same time inside the mind of an athlete far beyond the court."

He also said other episodes include guests such as John Skipper, former President of ESPN, NBA all-star Isaiah Thomas, as well as friend and teammate, three-time NBA champ, Steph Curry.

"The conversation with Steph Curry just kind of talking about the brand that he's become and how he's built himself as the face of the NBA and how he maneuvers from that perspective."

But when will Iguodala return to the court?

"Really soon, you know, hopefully really soon. Starting to ramp up my workouts and looking forward to helping these young guys. Like I said before, we got an incredible win last night (Wednesday) was really good for the team around, you know, the NBA can be brutal. Got to deal with the ups and downs of that, you know, just another one of the things we talked about in the podcast."

Iguodala has been out with a back injury and last played in February.

Watch the full interview in the video player above