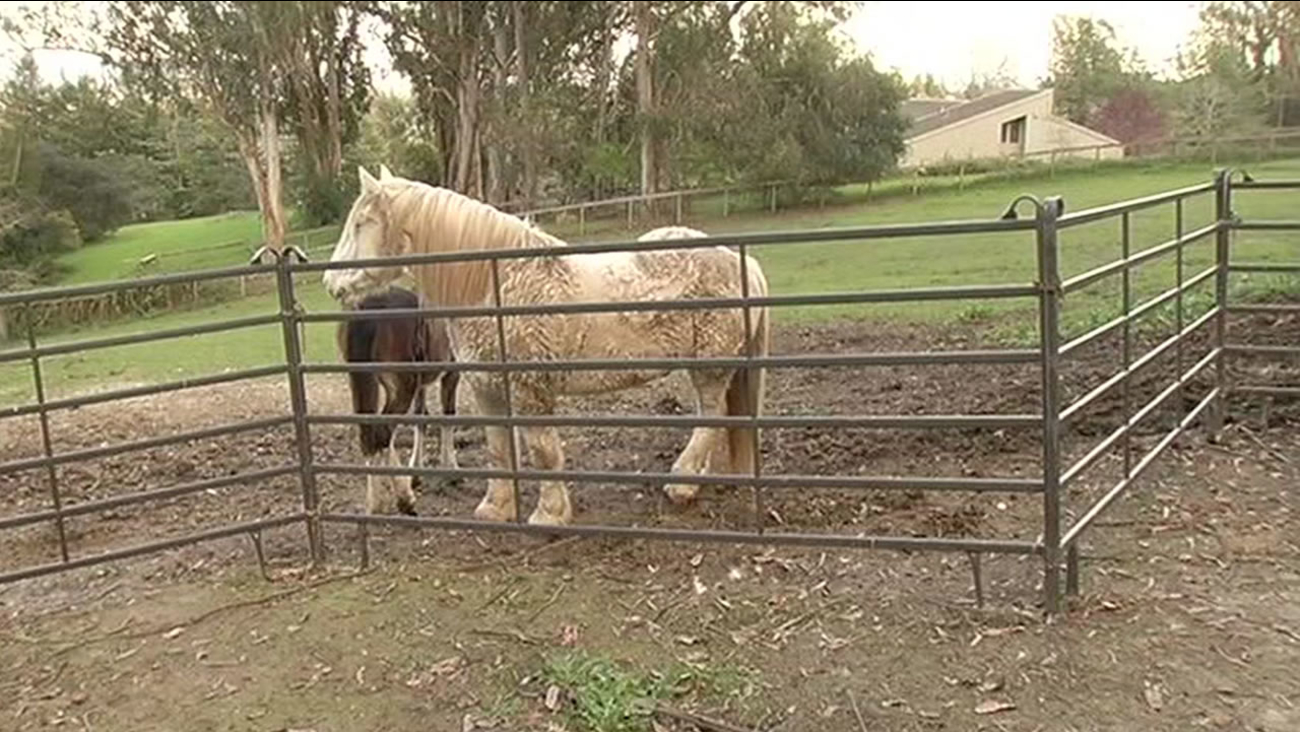 This image shows the property near Sebastopol, Calif. Feb. 23, 2016 where a horse and a dog were poisoned after eating cookies. (KGO-TV)

SEBASTOPOL -- The Sonoma County Sheriff's Office is investigating the intentional poisoning of a horse and a dog south of Sebastopol, a sheriff's sergeant said.

Based on necropsies, veterinarians believe the animals likely were poisoned with oleander placed in homemade cookies. Oleander is highly toxic to animals and one of the horses and the dog died, Sgt. Cecile Focha said.

The poisoning occurred on private property on Kennedy Road in unincorporated Sonoma County. The female owner of the animals reported the poisonings on Feb. 12, Focha said.

The poisonings appear to be an isolated incident and sheriff's investigators have identified a person of interest, although no information about the person was being released, according to Focha.

Neighbors in the area and Sonoma County Animal Services have been notified about the poisonings, Focha said.