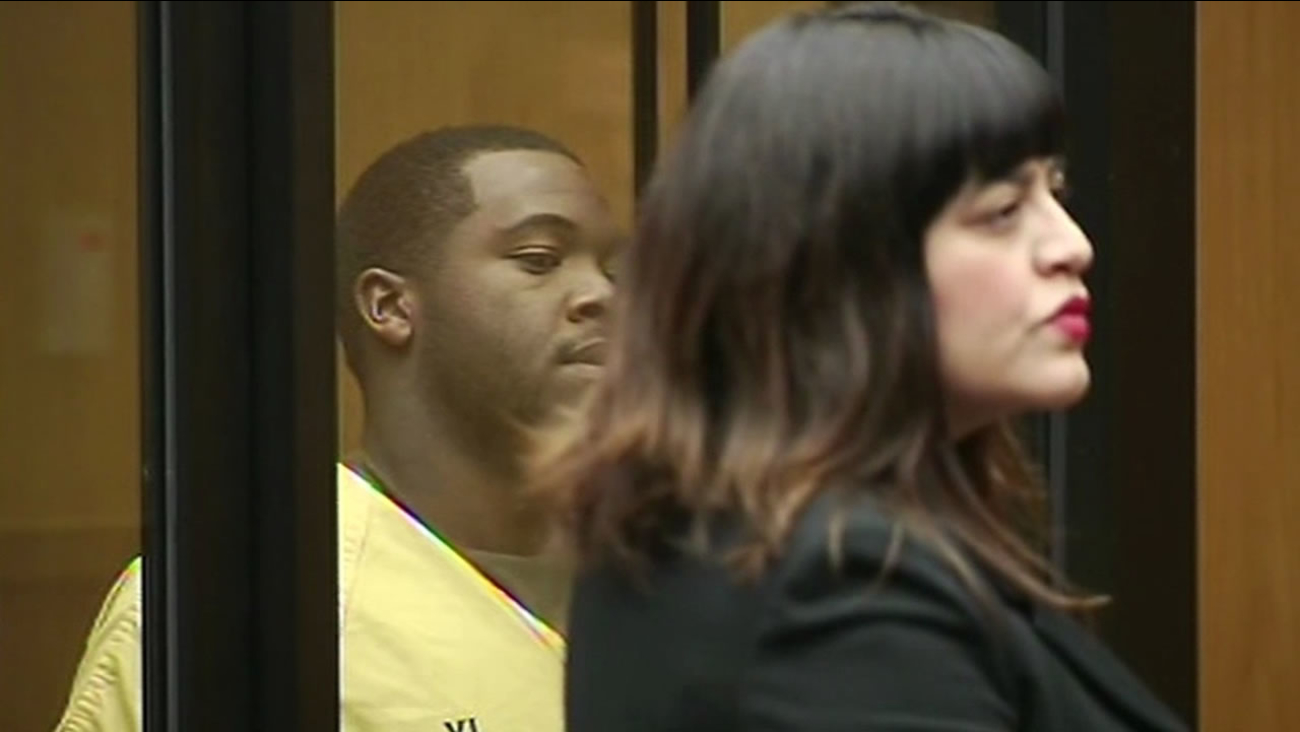 Anthony Sims, who is charged with the murder of Oakland mother Chyemil Pierce, appeared in court Thursday.

OAKLAND, Calif. (KGO) -- One of the three suspects charged with murdering an Oakland mother during a shootout was in court Thursday. Anthony Sims did not enter a plea. His case was continued until next week.

Police say the 19-year-old admitted to being involved in the March 9 gun battle in West Oakland that killed 30-year-old Chyemil Pierce.

Pierce had just parked her car on Chestnut Street and was walking her kids home. She died protecting her two children from the crossfire. The suspect's mother says she's praying for Pierce's family.

Two other suspects are facing homicide charges in the case.