SAN FRANCISCO (KGO) -- It was the tour bus ride no one will ever forget. Not the riders nor the people walking by.

San Francisco tour bus company, City Sightseeing, is apologizing after an employee was caught on video making racist remarks. She slams just about everything about Chinatown.

Some community leaders say an apology is not enough. They are calling the rant offensive and racist.

The two-and-a-half-minute video shows a City Sightseeing San Francisco tour guide going on a profanity-laced rant while the double-decker bus passes through Chinatown. The clip was posted on YouTube Tuesday and has been viewed more than 300,000 times as of Thursday afternoon.

The woman insults Chinatown's food, parades, and people. The person who put the video online says it was her last day of work. It also appears she's holding a bottle of alcohol.

Sue Lee with the Chinese Historical Society says the video shows racist stereotypes. She's disappointed a community so rich with culture is getting negative attention.

David Chiu represents Chinatown on the San Francisco Board of Supervisors.

"It is incredibly sad and disheartening that in 2014 somebody would say such incredibly hurtful things," said Chiu.

He demanded City Sightseeing and the employee apologize.

The CEO issued an apology statement Thursday that reads in part: "Comments made by this former employee on her last day of employment are absolutely not a representation of how much we love and support Chinatown."

Chinatown is a top tourist destination, but many visitors are not phased by the video.

"I think it's really stupid but people have really bad days and they pass their stupidity on to everyone else," said tourist John Iverson. 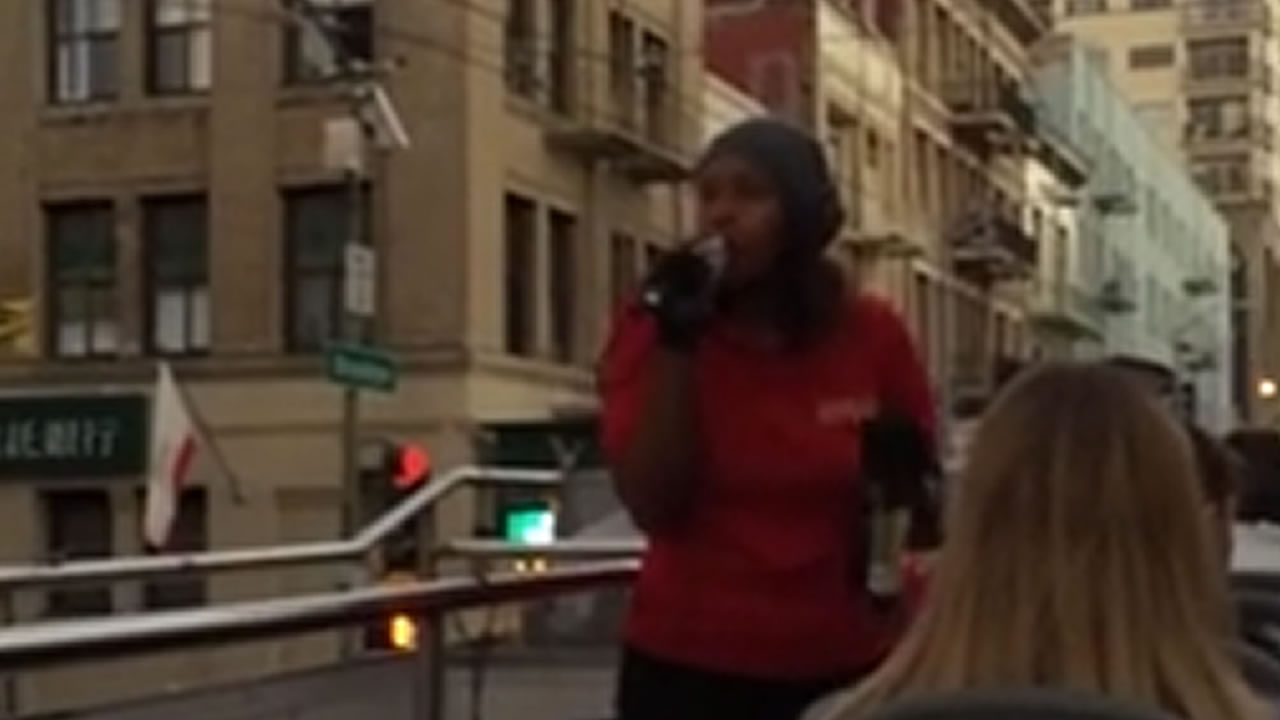