KGO
SAN FRANCISCO (KGO) -- New information was released Tuesday in the case of Ryan Chamberlain, the San Francisco political and media consultant arrested Monday at Crissy Field after a three-day manhunt and a raid on his Nob Hill apartment bear Polk and Jackson streets.

Court documents released Tuesday say agents found a bag there loaded with the four things needed to make an improvised explosive device or IED -- a power source, wire conductors, a switching mechanism, and an initiator or explosive. 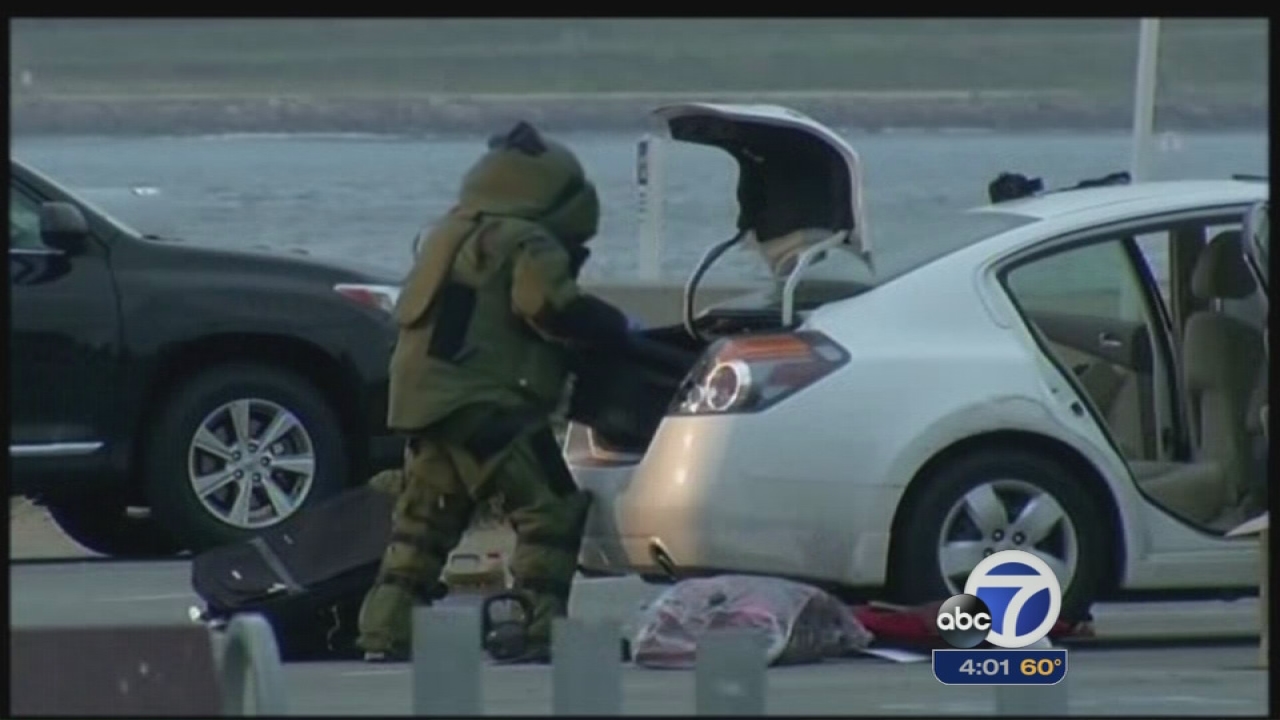 Chamberlain had parts needed to make IED
New information was released Tuesday in the case of Ryan Chamberlain, the San Francisco political and media consultant arrested on Monday.

During Tuesday's hearing before a federal magistrate in San Francisco, the government tried to get the complaint against Ryan Chamberlain sealed, but the judge did not fully comply. The affidavit and federal criminal complaint charging him with possession of an illegal destructive device were unsealed -- and detail a device "designed to maim or kill a human being or human beings."

Chamberlain, 42, appeared in court wearing the same clothes he was wearing when he was arrested. He failed to even look at friends and family who gathered in support and afterwards, they refused to speak.

The unsealed complaint is filling in details that neither the FBI nor the San Francisco police offered during a press conference Tuesday morning. The six-page document describes a meeting between FBI agents and Chamberlain on Saturday.

FBI Agent Michael Eldridge wrote that as a law enforcement team approached the apartment, Chamberlain was seen leaving with a woman and drove away with her. When Chamberlain returned on foot 30 minutes later, Eldridge identified himself and "invited Chamberlain to talk in a nearby coffee shop," the agent wrote.

During that conversation, Chamberlain allegedly confirmed knowledge of the Tor network, typically used by people who want to hide online activity. He "admitted that he was aware of the Tor network and that he sometimes played poker on 'black market' websites" and admitted that his laptop was inside the apartment, Eldridge said. "After a short interview, Chamberlain was allowed to leave the coffee shop at his request," the agent wrote.

Chamberlain then entered his personal vehicle and was followed by surveillance teams that observed him "driving in an apparent intentionally reckless manner at a high rate of speed, failing to stop at posted lights and signs," Eldridge said. The affidavit does not say what happened next and says that Chamberlain's whereabouts were unknown at the time the document was prepared.

The affidavit says an open laptop was found on the kitchen table within arm's reach of the messenger bag, but does not give any further details.

The complaint says in the meantime, agents searching his apartment found a messenger bag with what appears to be the components for an improvised explosive device -- a screw-top glass jar filled with batteries and a powdery green substance, a model rocket motor, an electric match, which is a common igniter for IEDs, ball bearings and screws believed to be intended projectiles, a wire from the jar to the metal lid, and a circuit board configured as a remote-controlled receiver.

"I am informed by the FBI bomb technicians who analyzed the device that the insertion of the model rocket motor into the green powdery substance is significant, since rocket motors are known to 'burn' at extreme temperatures, creating an efficient method of fully igniting explosive material," Eldridge wrote.

The FBI believes the device was designed to maim or kill, and that has Chamberlain's neighbor upset. "I was home the entire time that this happened and nobody tried to contact anyone in the building," Richard Shewmaker told ABC7 News.

On Saturday, hazmat crews used a pulley to remove a tool box from the apartment. The complaint alleges additional IED components were inside. Now, everything must go to an FBI lab for testing.

Chamberlain on Monday posted what appeared to be a suicide note on social media detailing his struggles with depression and trouble with family and work. He then posted a follow-up note saying he was not armed and dangerous and that "no one was ever in danger."

Chamberlain faces up to 10 years in prison and a $10,000 fine if convicted. His family in Iowa is offering support. His mom posted a Facebook message saying. "I love you and will help no matter what." A Crowdtilt campaign has already raised nearly $10,000 for his legal defense.

Chamberlain will be back in court on Wednesday.