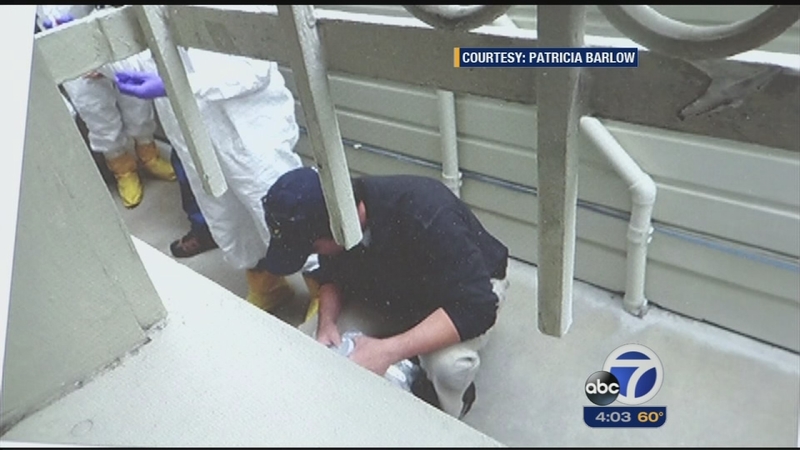 SAN FRANCISCO (KGO) -- FBI agents were back inside Ryan Chamberlain's apartment in San Francisco Thursday. Chamberlain is charged with possessing explosive materials in his home. Police arrested him Monday after a FBI manhunt.

The FBI got a second search warrant to be able to return to his apartment.

"The search warrant maybe focuses more on some other items that would be of interest to us, again we are still going to collect that evidence because it's an ongoing investigation," FBI spokesperson Peter Lee said.

The FBI says it got a tip from a person who indicated Chamberlain had bomb making materials in his apartment. Agents then found him on Saturday morning near his apartment and talked to him. According to the criminal complaint, during that conversation Chamberlain admitted he was aware of the TOR network which disguises a person's identity by moving their traffic across different servers. Still, they let him go. But after a few hours the FBI obtained a search warrant and entered his apartment, finding what they say was enough material to make a weapon of mass destruction. An entire block was secured and agents wearing hazmat gear went through his home.

Chamberlain was finally arrested on Monday at Crissy Field in San Francisco after a city-wide search.

Thursday's search had one neighbor concerned about her safety. Patricia Barlow, whose office is next door, confronted the FBI spokesperson.

"I'm the person closest to the whole thing; he's just right through that wall from me and if there is any dangerous substance in there, I'm the person who is most exposed to this," she said.

The FBI assured her it was safe.

"I just don't think he's the type of person to be doing the things he is alleged to have done, but I could be wrong," she said.