Police believe the perpetrator came back to the San Francisco woman's home several times, once to throw a water bottle, then an egg and then to leave the "racially motivated" letter and a mask with writing on it.

Police believe the perpetrator came back to the San Francisco woman's home several times, once to throw a water bottle, then an egg and then to leave the "racially motivated" letter and a mask with writing on it.

SAN FRANCISCO (KGO) -- San Francisco police are investigating a racially motivated crime in the city's Sunset District where an Asian American woman's home was vandalized and a letter saying, "I wear my mask if I want F**KING ASIAN you create the virus".

Marie, who is choosing not to use her last name out of fear of retaliation, is the mother of infant twins. She was walking down the street with them Monday and stopped outside her home to push them in a figure-eight shape in order to get them to stop crying. That's when she says a young man approached without wearing a mask. Marie says she asked the man to put on a mask but he didn't.

"It was quite alarming, he locked eyes with me and immediately started charging up the hill," she said.

Marie says after some shouting back and forth, she then ran into her home, terrified. Her husband then scared the man away.

"He came rushing out because he heard the fear in my voice," she said.

But as seen in surveillance video, the man police believe is connected to the incident came back multiple times. Once to throw a water bottle, then an egg and then to leave not only the letter but a mask with writing on it.

SFPD describes the events as "racially motivated" and has escalated the case to their special investigations division and increased patrols in the area. After seeing so much of our coverage of the hate and discrimination toward Asian Americans Marie has this message to the people of her hometown.

"If you experience the same thing please report it," she said. "It's really natural to be fearful but if we don't speak out no one is going to know this is happening and no one can do anything about it."

San Francisco police ask if anyone has experienced a similar situation to reach out.

Marie echoes the same message and says she wishes the young man seen in the videos gets help.

"I really hope for him is that he finds it in himself to get some help," she said. "Go to the police or find a therapist but I just really don't want this to happen to anyone else in our neighborhood or in our country. I just really want us to be safe." 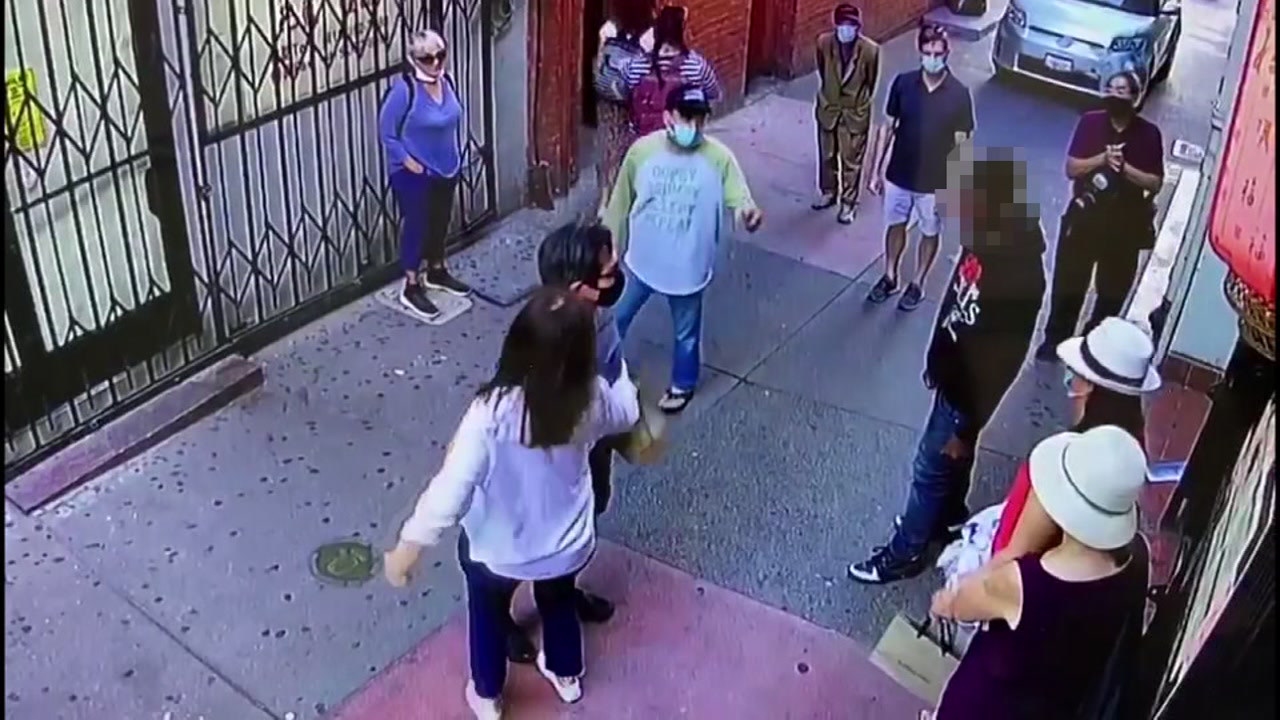