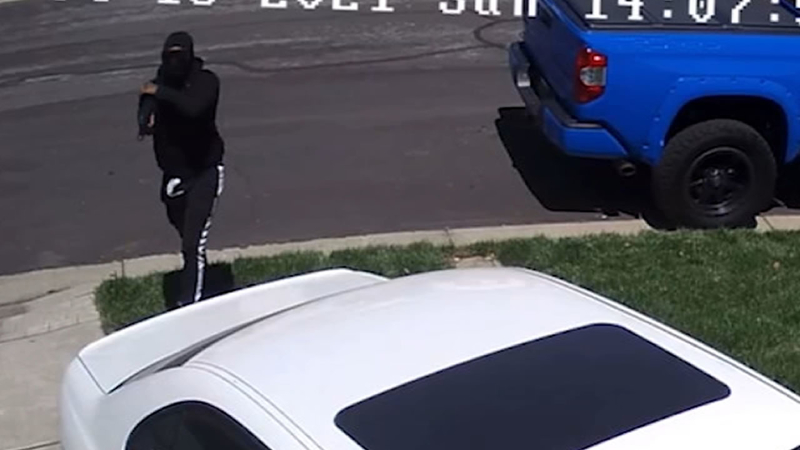 CONCORD, Calif. (KGO) -- New video shows the moment a father was held up at gunpoint in his own driveway in Concord. The suspect police say allegedly followed the family home from lunch in Walnut Creek.

In the video, you can see a black sedan pull up behind a blue truck around 2 p.m. on Sunday. After the man's sons and wife go inside just a few minutes later a man with what appears to be a sizable firearm walks up to the father and demands his watch.

ABC7 News anchor Dion Lim spoke with one of the man's sons, Lawrence Cruz who says he never expected this to happen in Concord where he grew up and has words of warning for the community.

Dramatic surveillance video coming out of Oakland shows the moment four people approach a pair of Asian seniors, rob them, and are chased away thanks to their machete-wielding son.

"Be aware of your surroundings. I told my mom and my whole family to make sure you're not being followed. It's kind of crazy in our neighborhood in our area it's not something we usually have to worry about," said Cruz.