'Like a brick hit me in the head': Man speaks after 450-pound bear attacks him inside home 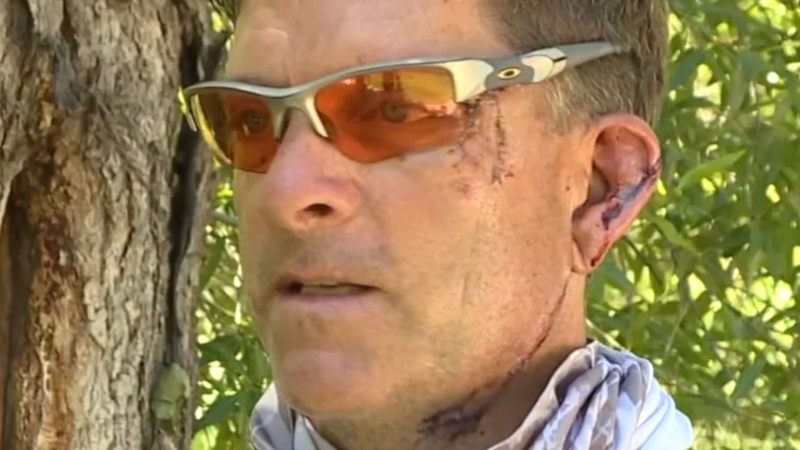 ASPEN, CO. -- A bear on a mission for something to eat turned into a home invasion and a scary encounter for one man.

Dave Chernosky was visiting and staying with friends near Aspen, Co., when he was awoken early Friday morning. Chernosky went into the kitchen and saw the bear looking through the cupboards.

"Four hundred and fifty pounds," Chernosky said. "He was looking me in the face when I came around the corner in the hall. He was eyeball to eyeball."

He was able to coax the bear into the garage.

Almost in the clear, Chernosky opened the garage door so the bear could leave, but the animal was spooked by the noise and responded by attacking.

The bear swiped at Chernosky, striking him in the head, face and neck. Chernosky had significant injuries to his face, neck and ear. There were also scars on his back.

"I literally thought I might be dead," Chernosky said. "It felt like a brick hit me in the head."

"A bear came in here and he hit me with his paw so I'm bleeding," Chernosky told 911 operators.

The bear was found Friday afternoon and euthanized, according to Colorado Parks and Wildlife.

In the area surrounding Aspen, authorities took 948 bear calls and there were three reports of attacks last year. By late summer, bears have to eat 20,000 calories a day to bulk up for the winter.