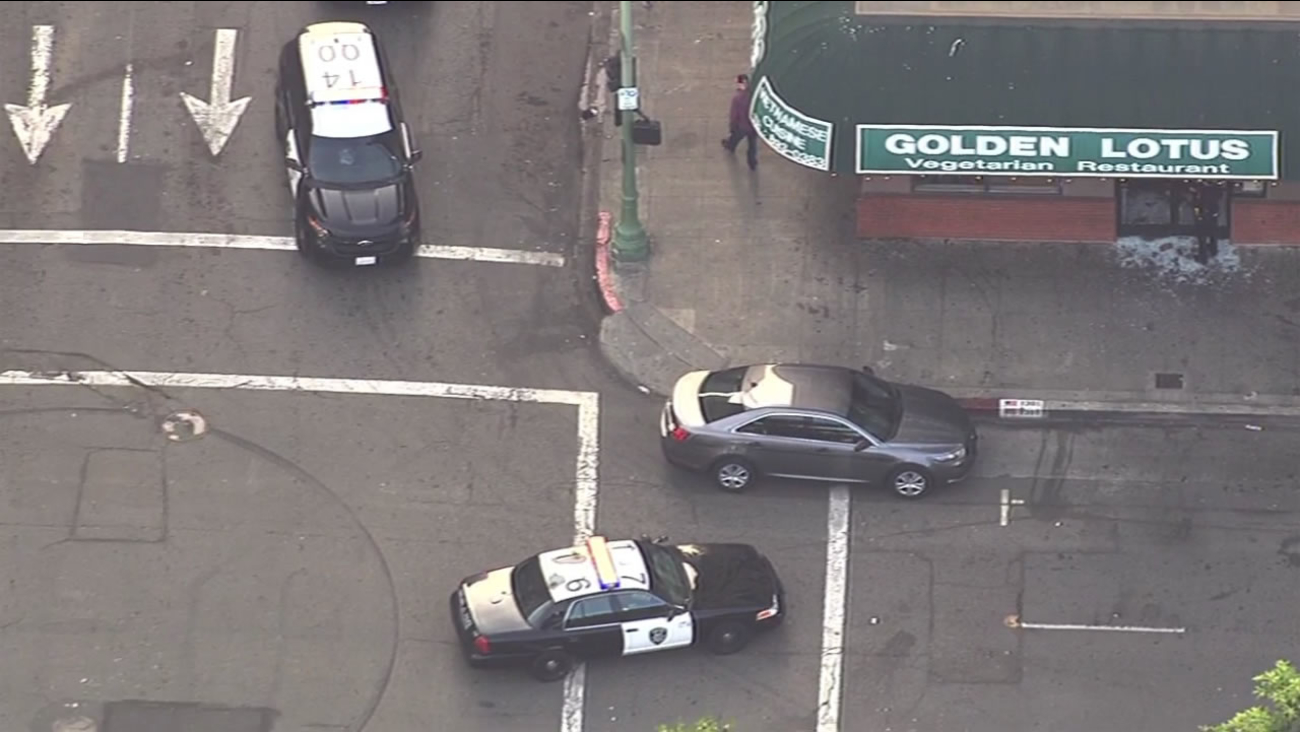 Police are investigating a shooting in downtown Oakland near 13th and Franklin streets that injured two people on June 14, 2016. (KGO-TV)

OAKLAND, Calif. (KGO) -- Police say a 16-year-old girl who was among the four people that were shot in downtown Oakland Tuesday has died.

At this time, three people are hospitalized in stable condition.

The shooting occurred just after 6:00 p.m. near the Tribune Tower.

A store owner ABC7 News spoke with said the shooting happened around the parking structure by the Golden Lotus Vegetarian Restaurant located at 1301 Franklin Street.

Police say a vigil for a 2014 Salinas drowning victim was taking place nearby at 14th Street and Broadway at the time of the shooting.