BART track work in Oakland to cause delays through August

Vital work on BART train tracks will be taking place from now until August and it could create some annoying delays.

OAKLAND, Calif. (KGO) -- Vital work on BART train tracks will be taking place from now until August and it could create some major delays.

On Sunday April 5, there will be no service between the Fruitvale and Coliseum stations.

BART will be installing new pads under about 1,000 feet of track between the Fruitvale and Coliseum stations. That means passengers will have to take an AC Transit bus shuttle between the two stations, causing 30 to 60 minute delays.

"When I heard about it, I had other plans -- stay put," said BART passenger Judy Tomlinson.

The work will take place over 11 weekends from now until Aug. 16.

But the biggest detour of passengers is expected during five Oakland Athletics home games. Thousands of baseball fans rely on BART to get to the Coliseum.

"It's going to be too complicated," said Christina Aguilar. "Got to keep things simple for me."

"I'll probably take a car," said Michael Rosko, an A's fan. "It sucks that you have to pay the parking. You know."

"We're also waiting for the NBA to come out with their playoff schedule because we know the Warriors will be in the playoffs and we don't want conflict with their home playoff games," said BART spokesperson Jim Allison.

Bart will use 12 buses to begin with.

The bus bridge, between the Fruitvale and Coliseum BART stations goes into effect for the first time this Sunday and it should give BART an idea of what to expect in the coming weeks.

Click here for full details from BART on the service disruptions. 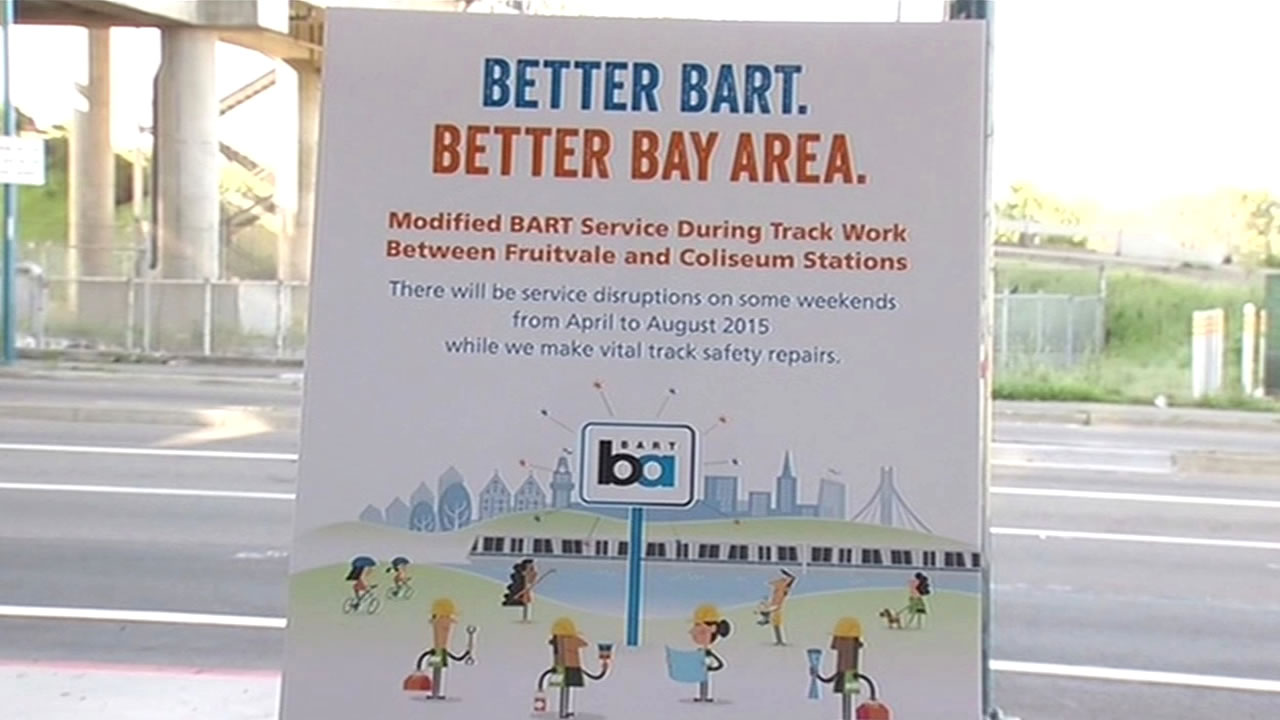