Batkid documentary to premiere this weekend at film festival

"Batkid Begins: The Wish Heard Around the World" is set to premiere this weekend at the Slamdance Film Festival in Utah.

With the passage of more than a year now, it seems more like it was just yesterday -- the day Miles Scott, along with a cast of thousands, rescued San Francisco and gave hope to all of us.

"I think he was something to rally around," Los Altos resident and documentarian Dana Nachman said.

In the past year, Nachman has spent plenty of time at her kitchen table looking at behind-the-scenes footage from that day culled together into a documentary that could help the idea of Batkid take the world again.

"Batkid Begins: The Wish Heard Around the World" premieres this weekend at the Slamdance Film Festival in Park City, Utah, and she hopes to sell.

"So far, there is a lot of interest, I've been told by the agents, but I have nothing concrete," she said.

By now, most people now the story with much of the rest of the world.

Miles was 5 years old, in remission from leukemia. His parents went to the Make-A-Wish Foundation, saying he wanted to be Batman.

"One of his doctors told us that with this disease, they just become like a fighter, you know, they have to be. They fight for life, so I think he sees the good versus evil battle in superheroes and this relates to it," Miles' father said in a preview of the documentary.

And the rest is urban lore.

The concept was going to be relatively small -- 200 to 300 people. Then it went viral, and Nachman wondered why.

"It was magic, for sure. I think mostly because people put up barriers in life, we all do. And that day nobody did that," Nachman said.

In short, it's the perfect subject of a documentary -- uplifting, insightful and reminiscent.

It was the day San Francisco and much of the world played along as a little boy saved a city in fiction but also in spirit.

Click here for information on how to make a child's wish come true. 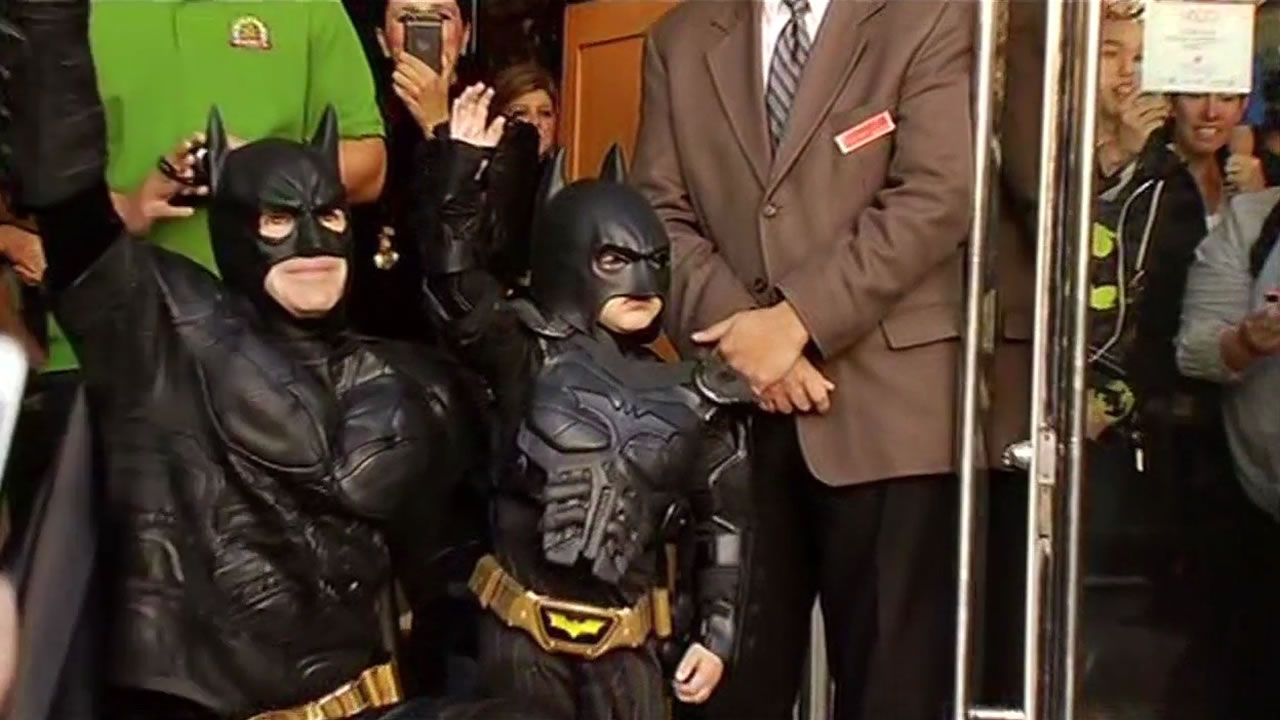 'Batkid' reunites with Batman, Penguin one year after he saved city 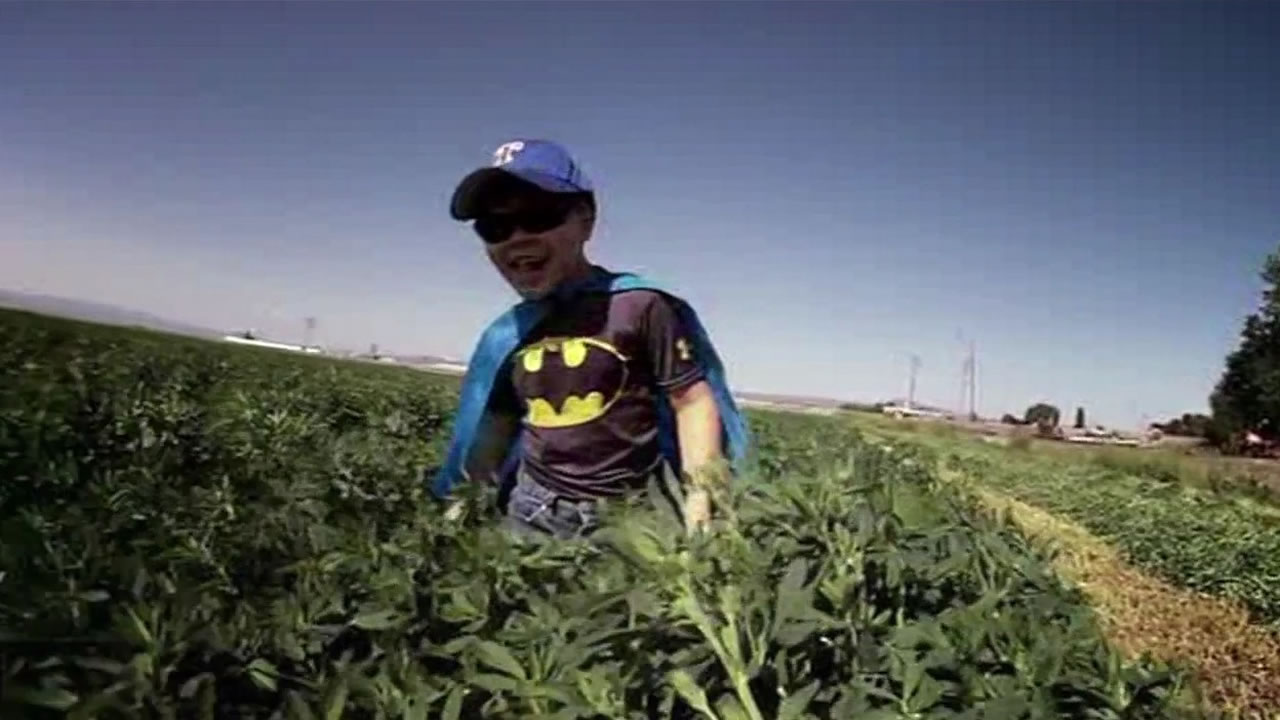 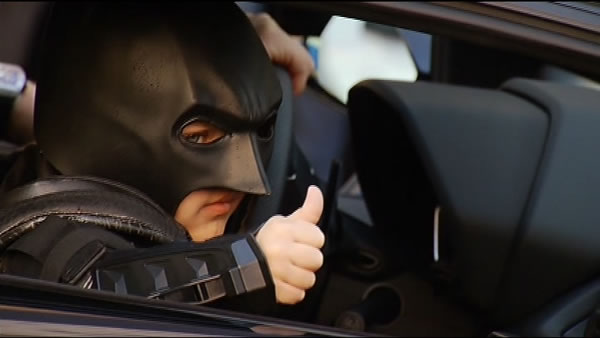 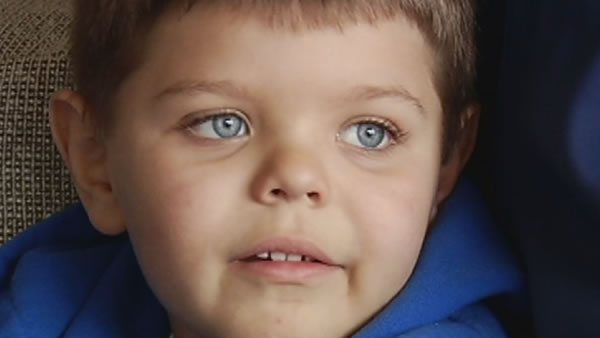 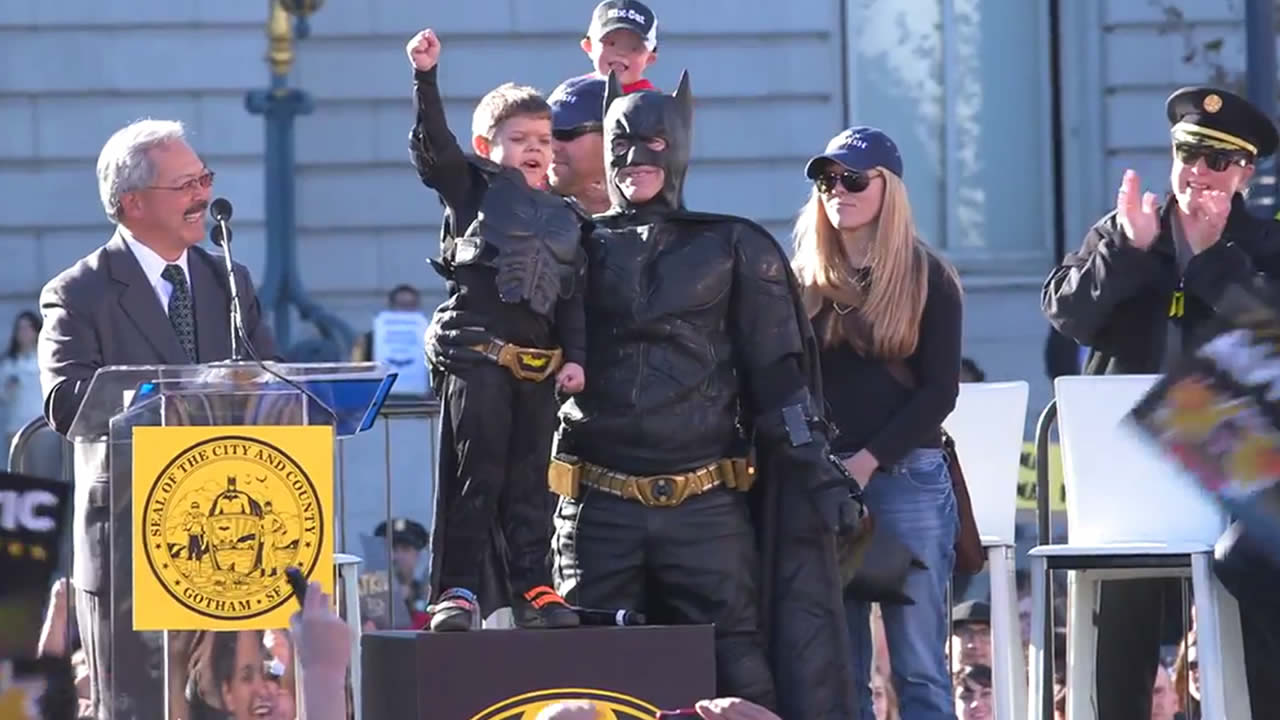 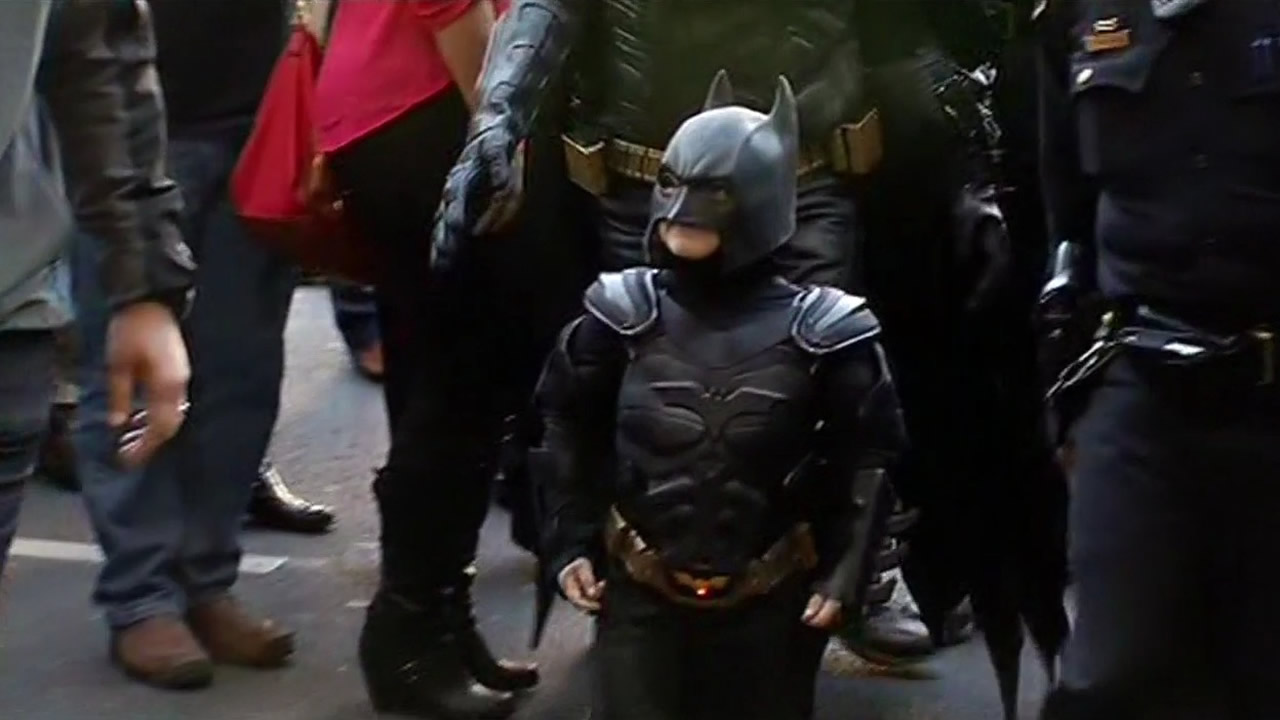 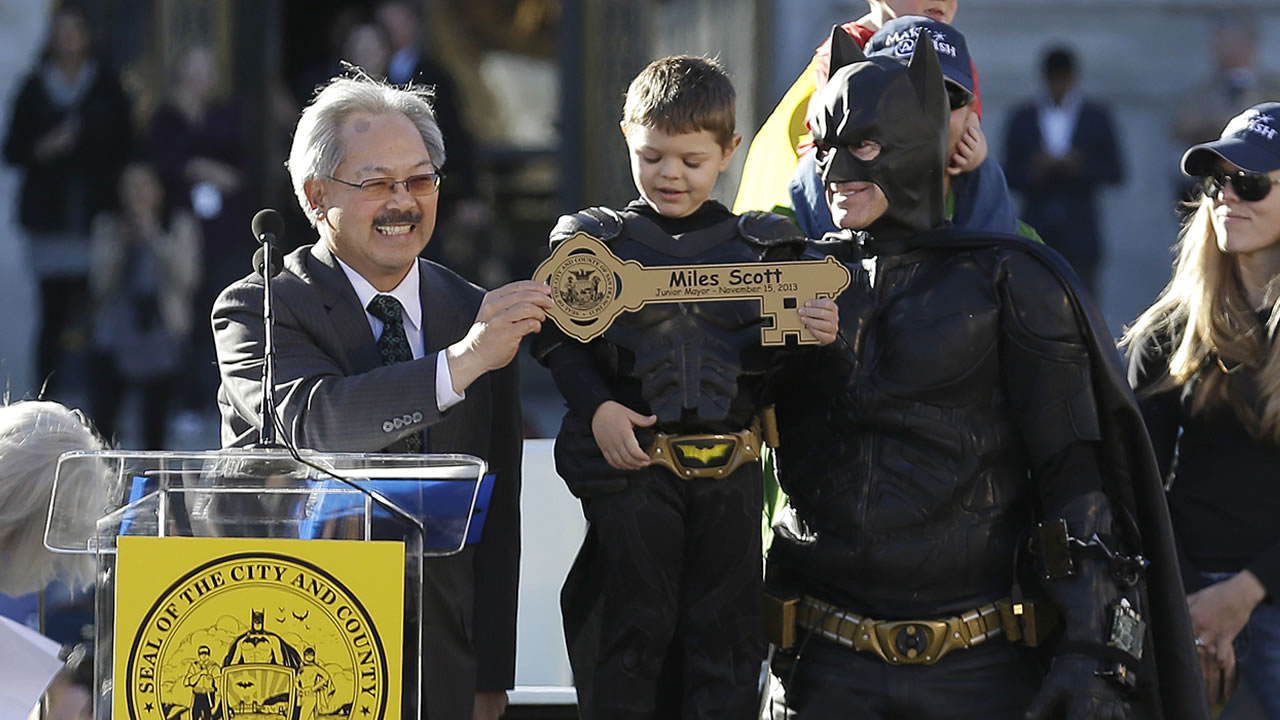 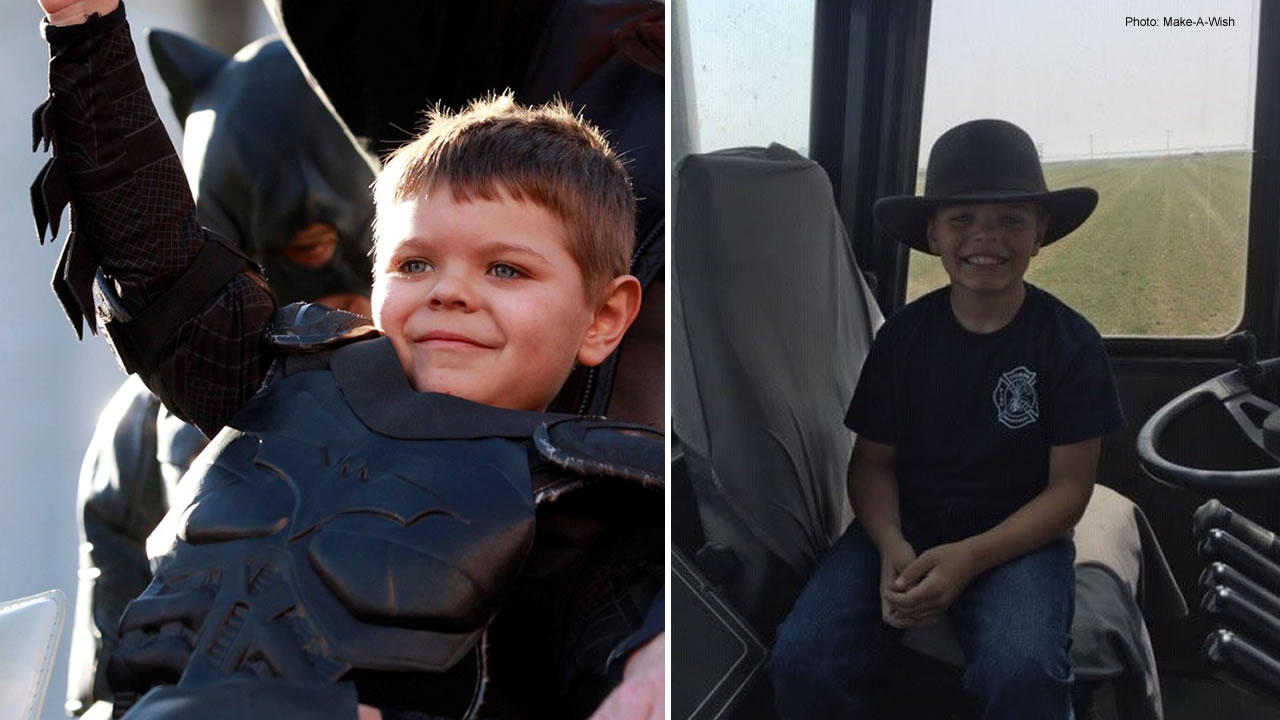 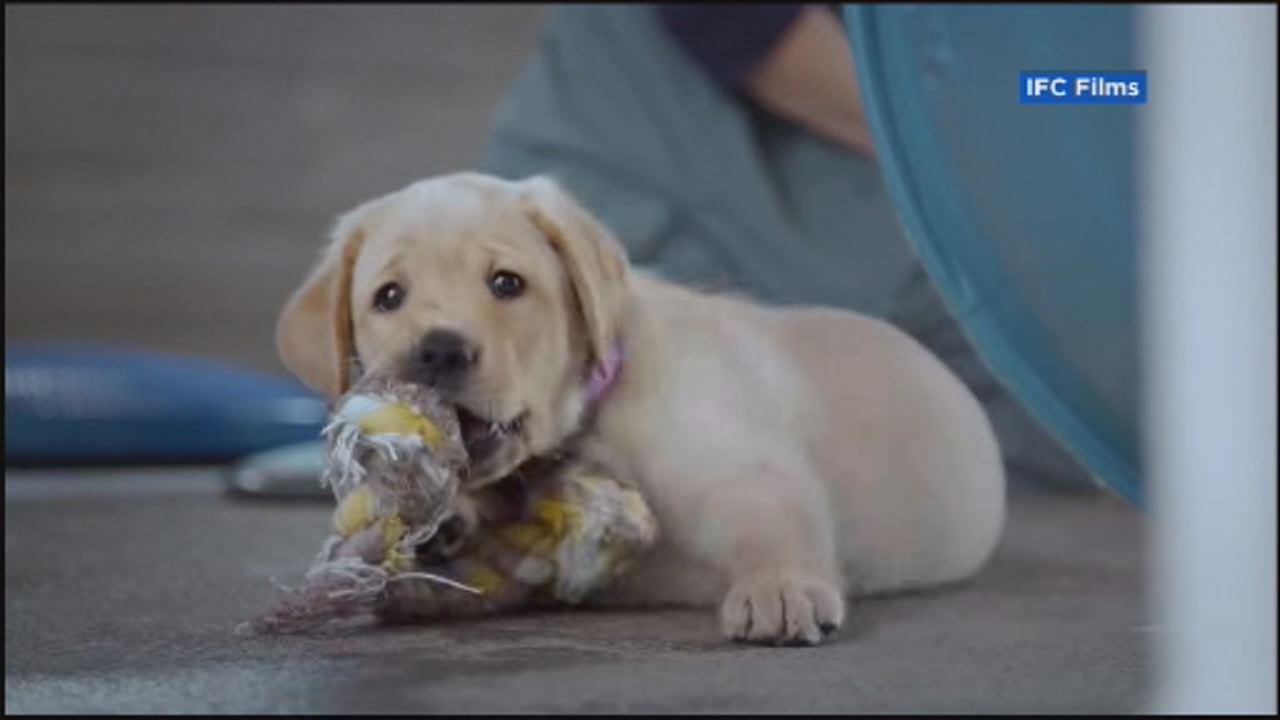