Bay Area outlook as record 4.5 million in US quit jobs in November 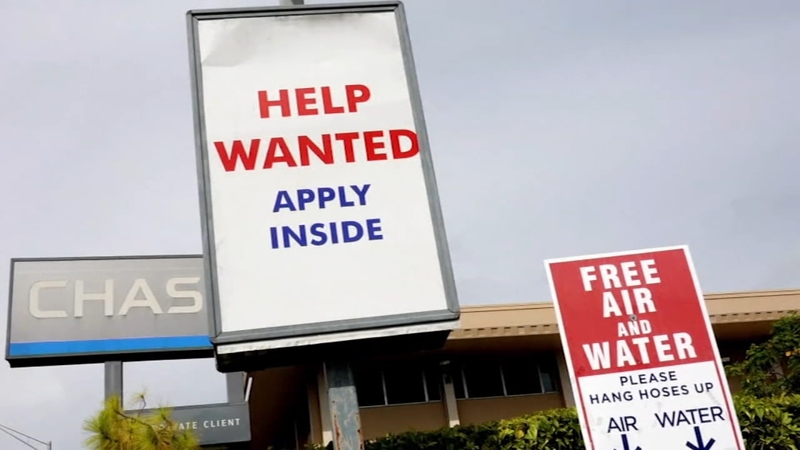 Bay Area outlook as record 4.5M in US quit jobs in Nov.

"What the data is showing is that people are leaving jobs more quickly than they have been in the past, that was a trend, we saw pre-COVID," said Justin Rietz, Assistant Professor of Economics at San Jose State University. "When COVID hit, people were holding on to their jobs."

But now, the latest data from the U.S. Department of Labor shows that a record 4.5 million American workers quit their jobs in November.

Rietz says the reasons people are leaving their jobs may vary.

"They're saying, "Hey, I can take that risk, there are other jobs available. Part of it could be inflation...hey, I'm not making enough money at my current job. I want to find a better job where I make more money.'"

Rietz is part of a team that developed a tool called the Silicon Valley COVID-19 Dashboard.

Instead of only getting data on the state and national level that's released monthly, the tool releases economic data daily that specifically targets Silicon Valley.

"It looks at such things as a number of businesses open, the foot traffic those businesses are seeing, and to a certain extent, what employment looks like, in the local area," Rietz said.

"The general trend has strongly been a growth in the job market in Silicon Valley, low unemployment, we're seeing business pick up," Rietz said, "Everything suggests that we have a fairly robust labor market in California and Silicon Valley, especially."

The federal data released Tuesday by the U.S. Department of Labor is based on information gathered in November, before the omicron surge.

Though he says it's hard to speculate what the upcoming data will show, Rietz thinks the impacts of the surge won't be seen until much later.

"My gut would be we won't see a lot of differences in the December data," He said, "But January might be more telling."