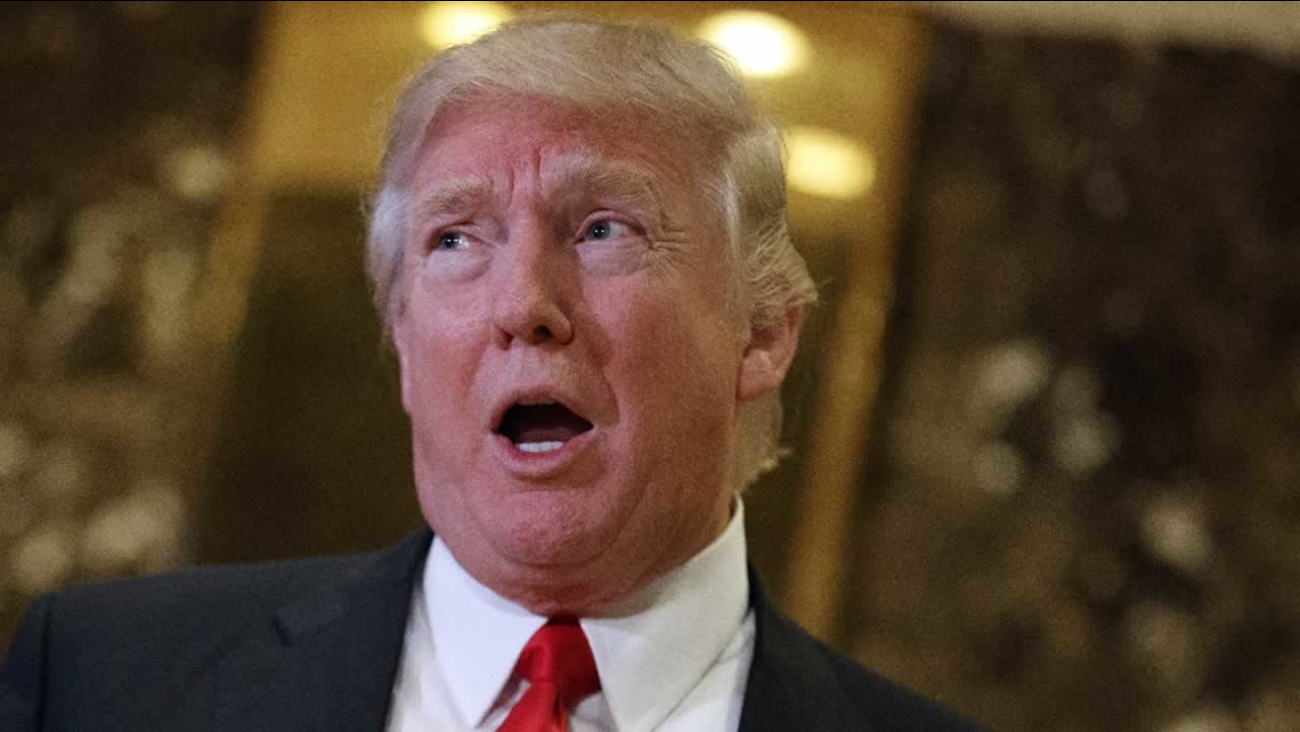 In this Jan. 13, 2017, photo, President-elect Donald Trump speaks with reporters in the lobby of Trump Tower in New York. (AP Photo/Evan Vucci)

The city of Oakland says that they anticipate there may be a number of smaller events and gatherings throughout the week, with most of the activity expected Friday and Saturday.

On Friday, demonstrators are expected to begin around 7 a.m. at the Federal Building on Clay Street downtown and continue through the day.

A number of rallies and marches have been announced for 12 p.m. at Frank Ogawa Plaza, which could include student walkouts from UC Berkeley and schools across the city, officials say.

On Saturday, thousands are expected to participate in the Women's March in San Francisco, Oakland and San Jose. The events in Oakland are expected to begin at 10 a.m. at 9th and Madison near the Lake Merritt BART station.

Organizers of this event reportedly have obtained a permit from OPD and have a designated route.