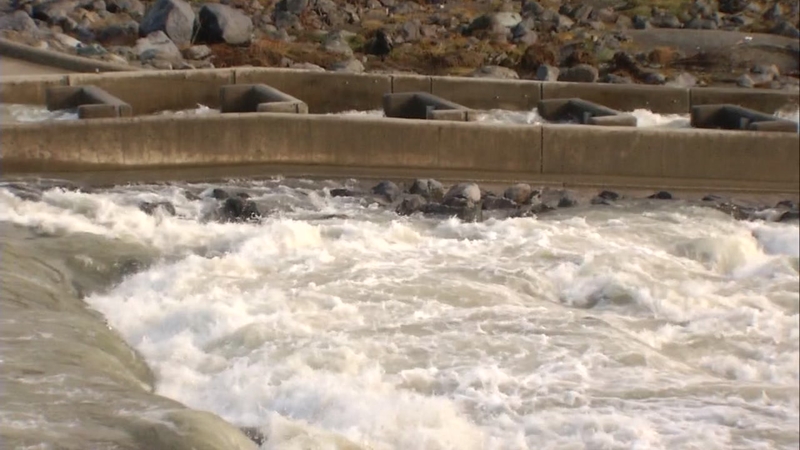 In the North Bay about half an inch of rain fell on Friday, top off rain, you might call it. Some areas in North Bay have received up to 200 percent the normal amount of rain for this time of the year. Despite the rainfall, experts still have drought fears.

In places like Healdsburg, the Russian River is living up to its name, again.

"Ever seen it like this?" asked ABC7's Wayne Freedman

Spoken like a woman who has been here through 36 rainy seasons. However, those who observe professionally remain somewhat less optimistic.

The difference is that when Baskett looks at rainfall, he sees numbers, trends, histories. This is an expert who still keeps college textbooks on his office shelf, used ones.

The last time Nathan saw a winter like this, it was December, 2012.

"And then what happened?" asked Freedman.

"And then we continued with one of the driest calendar years, 2013," said Baskett.

In short, the recent drought began after a December just like the one we're having now. With that in mind, the Sonoma County Water Agency has asked the army corps of engineers to scale back on its planned flood control releases.

"It is a formal request for them to store extra water in Lake Mendocino in order for us to get additional water until next fall. We want the water in case it does stop raining," said Pam Jeane, Sonoma County Water Agency.

Imagine that. The day a drought ends, your experts have begun to worry about the next one.