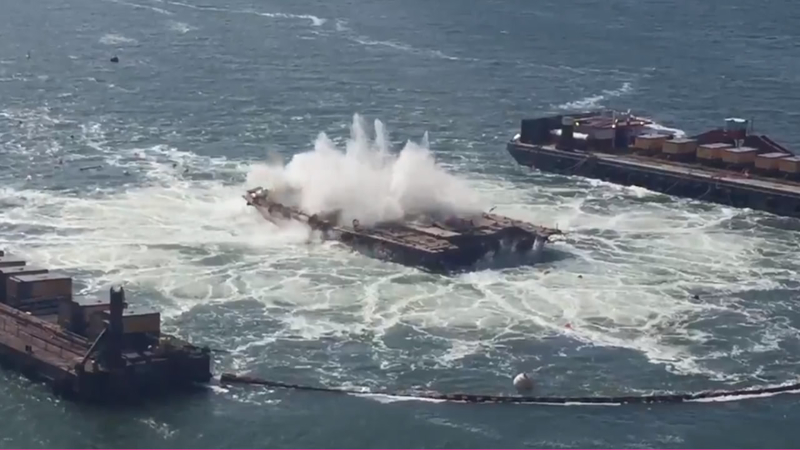 SAN FRANCISCO (KGO) -- Caltrans continued with the removal of the original east span of the San Francisco-Oakland Bay Bridge on Saturday by imploding Pier E5 of the Old Bay Bridge.

Pier E5 was imploded with 8,000 pounds of explosives and done in less than three seconds. Caltrans says this method reduces the environmental impact and costs to taxpayers.