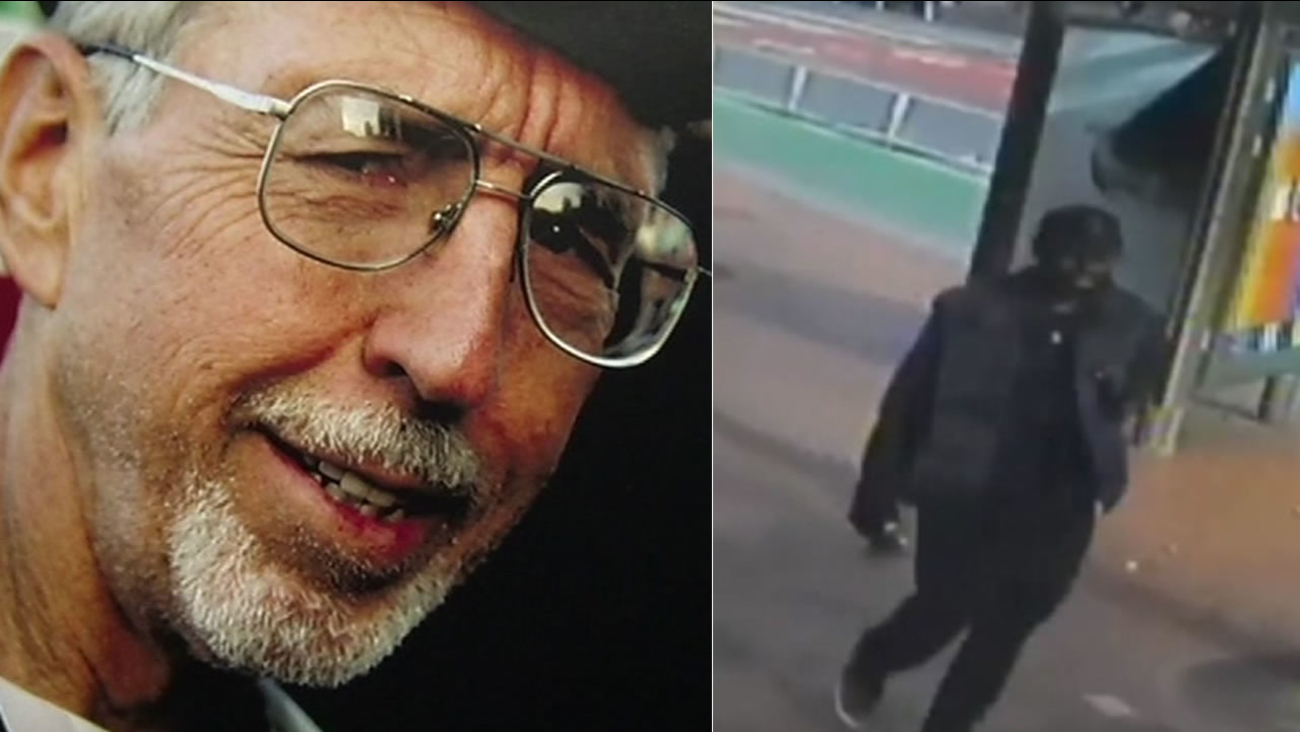 San Francisco police are looking for a person of interest who they believe beat 74-year-old Stuart Jackson to death on December 5, 2015. (KGO-TV)

SAN FRANCISCO (KGO) -- San Francisco police hope new video will lead them to the person responsible for the deadly beating of an elderly artist.

Police released surveillance video of a man they say is a person of interest.

Officers say the attack was unprovoked and happened in the middle of the day at the busy intersection of Van Ness and Market.

On December 5, 74-year-old Stuart Jackson was waiting for a bus when police say a man punched him so hard he fell to the ground and hit his head.

He died a week later. His dead has left a void in the community.

"I'm still in shock over Stuart's death. Everybody I talk to, we're just sickened about what happened to him," San Francisco resident Richard Weinberger said.