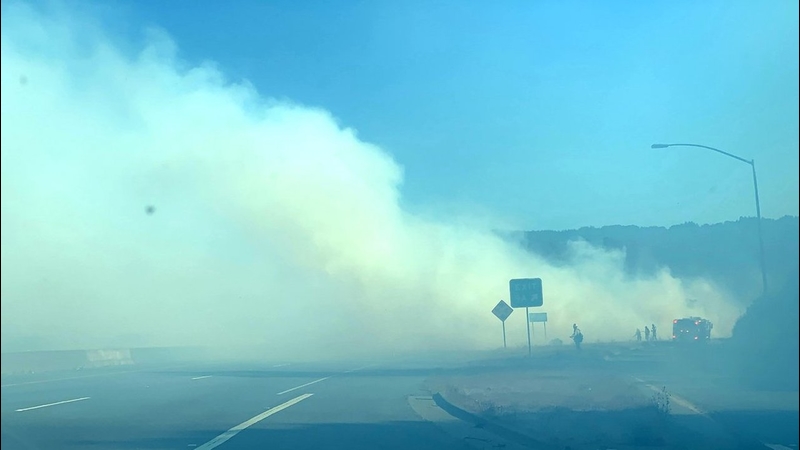 BELMONT, Calif. -- The San Mateo Consolidated Fire Department has contained a Tuesday evening brush fire at state Highway 92 at the Ralston exit and no homes or buildings are threatened, officials said.

Motorist are advised to avoid the area due to heavy smoke.

Smoke will be visible for the next one to two hours and the public is asked not to call 911 regarding the fire unless flames are seen.

All lanes temporarily blocked westbound SR-92 at Ralston due to a brush fire. Take alternate routes. Unknown ETO (Estimated Time to Opening) at this time. pic.twitter.com/KXwEkBeOy0