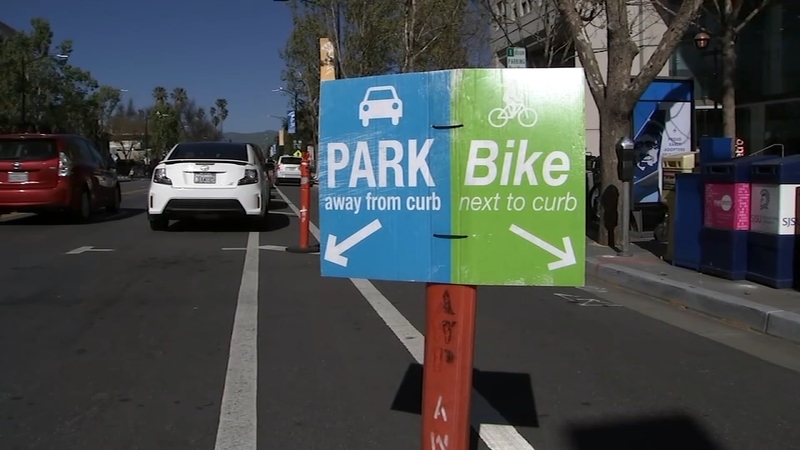 SANTA CLARA COUNTY, Calif. (KGO) -- Across the Bay Area, several cities and agencies are reviewing how "bicycle superhighways" could help riders across the region.

Multiple efforts are underway now, all in an effort to improve safety for cyclists.

Wheels are turning in the South Bay, as plans to develop a bicycle superhighway there are kicked into high gear. The goal is get cyclists from Santa Clara to San Jose, safely and on a continuous path.

Right now, several cities and agencies across the #BayArea are in various planning stages to improve safety for cyclists.

Tonight, focus on the #SouthBay.

Wheels are turning as plans to develop a #BicycleSuperhighway kick into high gear. #abc7now 🚴🚲 pic.twitter.com/VDwfWhNnPz

Riders who spoke with ABC7 News on Monday, explained that right now, Mineta San Jose International Airport forces them to pump the brakes.

"It should be a very easy thing to get on your bicycle and go two miles, or go five miles, and it isn't," Betsy Megas said. "It's noisy, it's dangerous. People don't feel safe."

"I became a transportation advocate mostly by trying to get around on my bicycle," she shared. "And finding out firsthand what really wasn't working."

Now three separate routes proposed by the Valley Transportation Authority have Megas and other cyclists reimagining riding around the region.

Each avenue still demands attention, additional bicycle infrastructure and input from a collection of agencies and local leaders.

"We selected the Central Bikeway to connect people from Santa Clara to northeast San Jose, because it travels through some really important low-income communities and communities of color to give them more access," VTA Transportation Planner Brent Pearse said.

It's why few transportation advocates feel some routes make more sense than others.

RELATED: Teen bikers and their English teacher travel across the nation during COVID-19

He continued, "It's just going to be too many intersections. Too much interaction with traffic."

However, Megas maintained putting cyclists on the busy road may actually improve safety and could force travelers to take extra care.

Pearse with VTA explained this will be a long-term project over the next decade.

"Big projects like this, that cross borders, can't be done without partners," he elaborated. "So, in order to implement and actually build a long-distance bikeway like this, VTA is working with the City of Santa Clara, the City of San Jose, the County of Santa Clara, and then our funding partner Caltrans, which is the state agency that focuses on transportation region-wide."

For now, Pearse explained the project is still in the early stages. He said discussions currently surround vision and project goals.

"We're trying to figure out the best preferred alternative of those three, so that we can set up the project for success in the future," Pearse added.

VTA has recently released preliminary results of the three alternative routes. Pearse shared there was an analysis done to determine what is best.

He said hopefully in the next few weeks, one of those preferred alternatives will be selected and they'll start on design.

For now, VTA is focused on outreach, seeking feedback from the public to help pedal closer to the region's first bicycle superhighway.