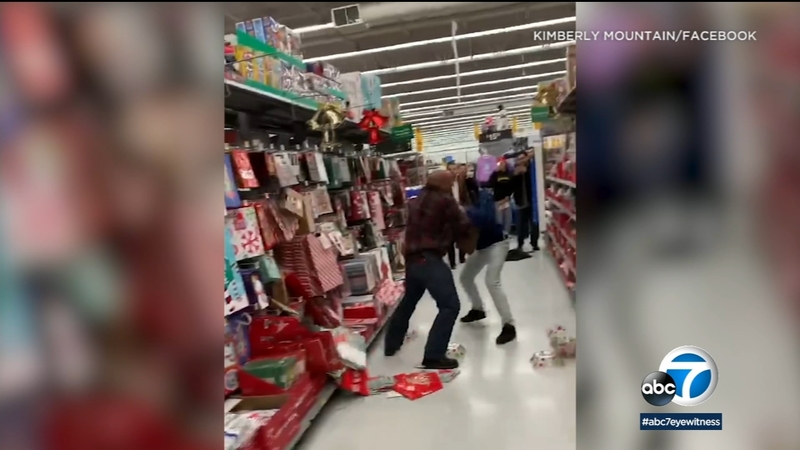 MURRIETA, Calif. -- A man was left with a broken nose after getting into a fight with another man at a Walmart in Murrieta on Black Friday.

Cellphone video shows the two men, one an active Marine and the other a retired Marine, in a physical altercation in the Christmas gift-wrapping aisle. The fight reportedly started when one of the men responded rudely to being bumped by an elderly woman's shopping cart.

That's when the other man came to the woman's defense and the fight ensued.

A security guard had to break it up, but neither of them wanted to pursue charges against the other.

A spokesperson for Walmart issued the following statement: "We have measures in place that helped make our Black Friday events safe and secure across the country. We are thankful to law enforcement for their quick response to the incident at our Murrieta store last Friday and allowing us to have a successful event without further disruption."