MARTINEZ, Calif. (KGO) -- The California couple accused of a hate crime for painting over a Black Lives Matter mural appeared in court Tuesday.

"Just as peaceful protesters have the right to march and display their political views in a myriad of different ways, they have the same right to display their dissatisfaction and disagreement with their tax dollars being used to sponsor a radical organization, Black Lives Matter," defense attorney Bill Essayli said outside the courthouse.

A bystander who was looking at the mural on July 4 captured video of the couple pouring black paint on it. The couple did not comment Tuesday but stood next to their attorney as he explained that they did this to protest the city's support of the Black Lives Matter message.

"It is a problem when you have elected officials using tax dollars to politicize an issue and now you have a District Attorney who is making it a crime to disagree with a political message and that's a real problem," Essayli said. "We cannot have two standards of justice in our country. We are thankful we are going to have our day in court."

District Attorney Diana Becton did not comment Tuesday but has showed her support for the mural, calling it a peaceful and powerful way to communicate the importance of Black lives in Contra Costa County.

Mayor Rob Schroder has also expressed his support for the mural.

"Had she just charged vandalism, that would be a whole different issue. The fact that she charged them with vandalism and a hate crime is really what makes this problematic. It's a reach, it's an overcharge, in our view it's a political message and the justice system should not be weaponized in that manner," Essayli said about Becton.

The couple is due back in court in October. 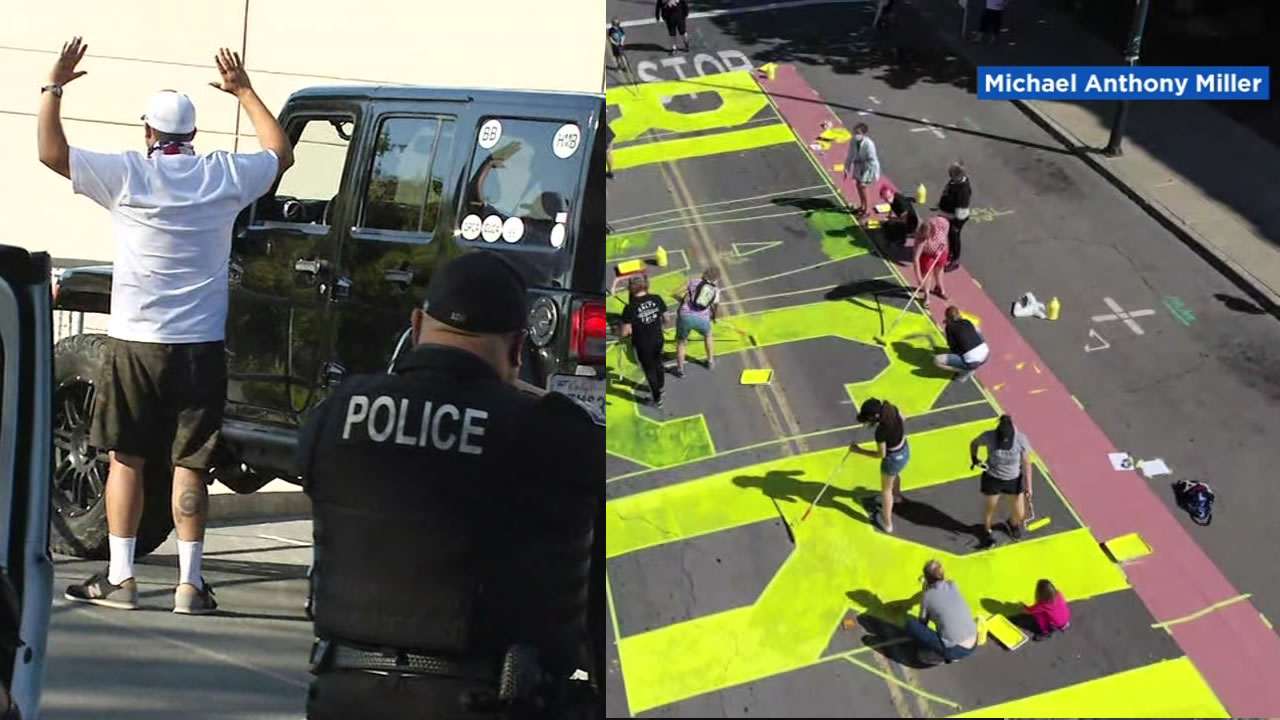