Part of Stanford campus closed due to bomb threat 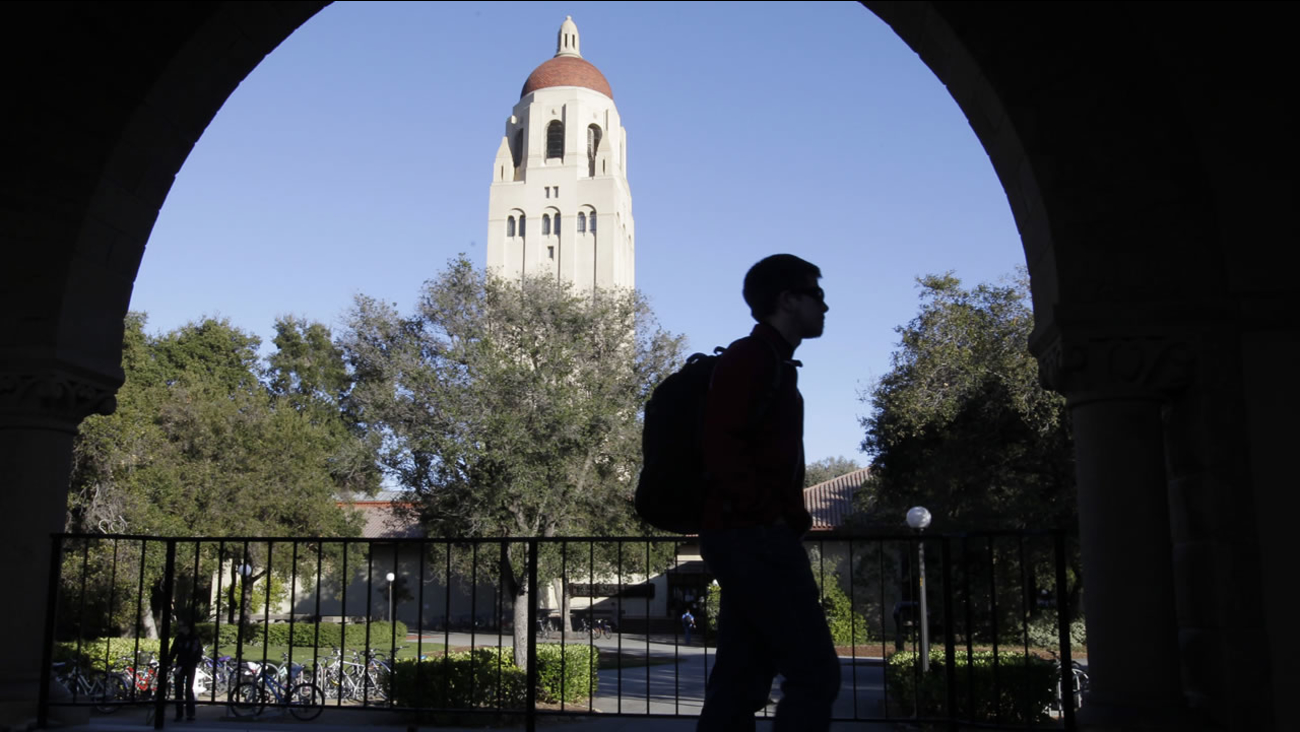 STANFORD UNIVERSITY -- Police and sheriff's deputies have searched half of the buildings in Stanford University's graduate school of business complex after someone made a bomb threat Friday morning, university officials said.

Officials said the complex, called the Knight Management Center, will be closed all Friday and the 700 or so affected employees have been sent home.

The area around Arguello Road, Campus Drive and Serra Mall remains closed, but the rest of the campus is open this afternoon, university officials said.

Classes in the business school are not in session Friday, university officials said.

Out of abundance of caution, the Graduate School of Business has been evacuated while police search the area: http://t.co/s6EEtAI1gZ

GSB remains closed while police search the area. About 700 faculty & staff affected, but classes are not in session: http://t.co/6UC4FkGRRM

Police have completed an initial sweep of half of the buildings in the GSB complex after a bomb threat this morning: http://t.co/4Ve4VIrjtz

The entire Knight Management Center (GSB) complex will remain closed for the rest of the day. For updates: http://t.co/LgO0gd97f2