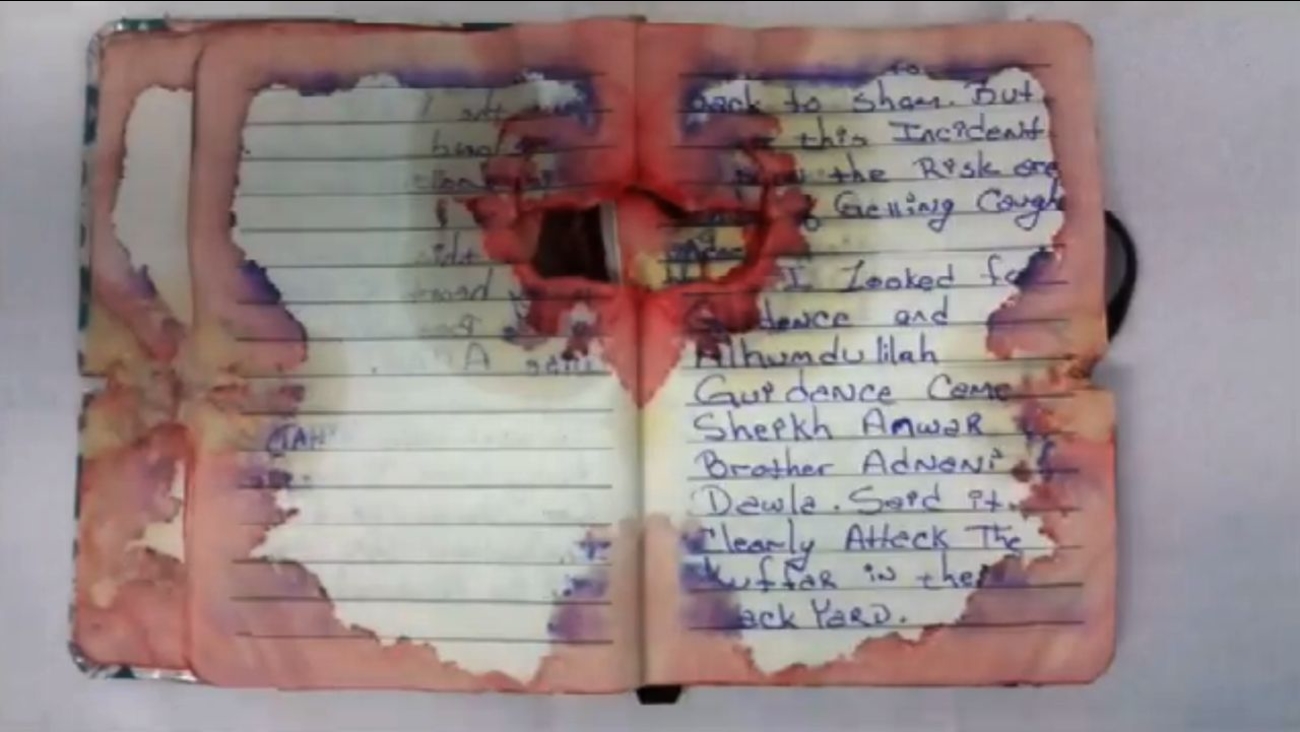 A photo of the journal was shown during a "Stopping the Next Attack: How to Keep Our City Streets from Becoming the Battleground" meeting of the U.S. Homeland Security Committee in Washington.

Police discovered the journal on Rahami after a shootout in Linden, New Jersey, Monday. Rahami has been charged with placing bombs at Seaside Heights and Elizabeth in New Jersey, and West 23rd Street and West 27th Street in Manhattan last Saturday.

Rep. Michael McCaul (R-Texas), who serves as the chair of the House Committee on Homeland Security, spoke about the writings in the notebook.

"He talks about the sounds of bombs being heard in the streets, praised Osama bin Laden as brother, talked about Anwar al-Awlaki in Fort Hood, Texas. He talked about pressure cooker bombs and pipe bombs and the streets as they planned to run a mile."

According to the court complaints, Rahami's journal included a passage that accused the U.S. government of slaughtering Muslim holy warriors in Afghanistan, Iraq, Syria and elsewhere.

"Inshallah (God willing) the sounds of the bombs will be heard in the streets. Gun shots to your police. Death to your OPPRESSION," the journal ended.

Authorities said some of the journal was unintelligible because it was damaged in the shootout.