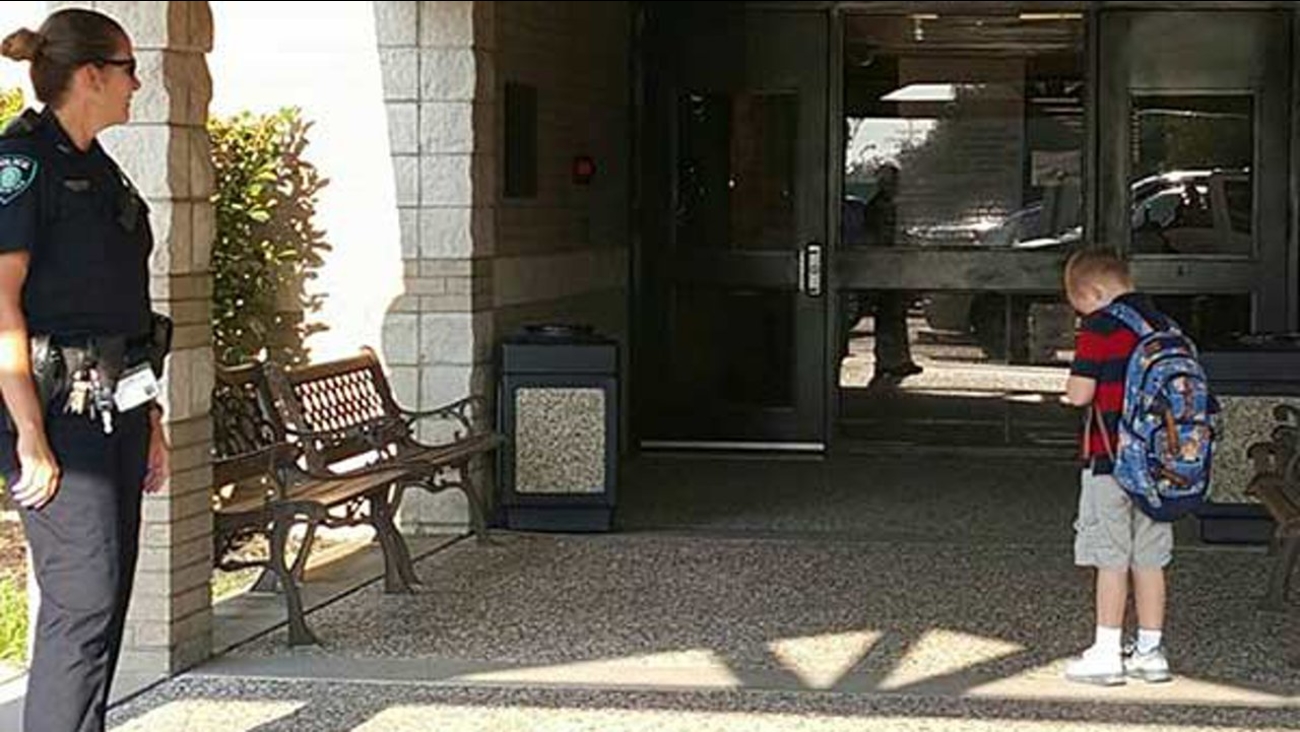 SANTA FE, Texas -- A photo of a 5-year-old boy bowing his head outside of his school is going viral after his mother shared the heartwarming story behind it.

Heather Nelson said her son Royce was running late to kindergarten when she noticed him standing silently in front of the door as the other children rushed into the school.

When she called out "Royce, go, go!", an officer standing outside quickly explained why she wasn't rushing him into the building.

"The officer said, 'Mom he's doing good, he stopped for the Pledge of Allegiance' (and then she puts her hand over her heart to show me) and now he's praying," Nelson wrote on Facebook.

Royce had apparently heard the Pledge of Allegiance starting and stopped in his tracks to recite it outside the school, then followed it with a prayer.

"I am very proud of him to represent the most two amazing things, God and our country," Nelson said.

Nelson said she especially wants to thank Officer Cibby Elizabeth Moore for letting her son stand up for what he believes in.

"That's the way they do that in the morning, they shuffle those kids in. But that is their job and it is for a reason indeed," Nelson said. "But I'm glad she saw what he was doing and she let him do his thing."