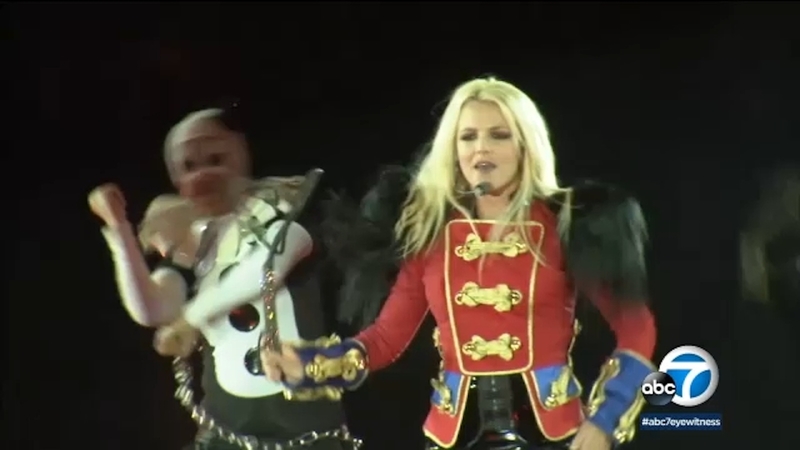 LOS ANGELES -- The judge presiding over Britney Spears' case has denied a motion to remove her father Jamie as her co-conservator, saying he will remain "at least for now."

The move comes a week after the pop star's shocking testimony, where she claimed the conservatorship was so abusive that she wanted to "sue her family."

Speaking in court, she condemned those with power over her, saying she has been forced to perform live shows, compelled to use an intrauterine device for birth control, made to take lithium and other medications against her will, and prevented from getting married or having another child.

"I truly believe this conservatorship is abusive," Spears said.

James Spears controlled his daughter's personal life for most of the 13-year existence of the conservatorship, but he now oversees only her money and business dealings along with an estate-management firm.

A court-appointed professional, Jodi Montgomery, has had power over Britney Spears' personal decisions since her father relinquished that role, known as conservator of the person, in 2019.

After the singer's testimony, her father asked the court to have her statements investigated as it pertains to the personal conservatorship.

James Spears emphasized in a pair of documents filed late Tuesday night that he has had no power over his daughter's personal affairs for nearly two years.

"Given the nature of the allegations and claims, it is critical that that the court confirm whether or not Ms. Spears' testimony was accurate in order to determine what corrective actions, if any, need to be taken," the documents said.