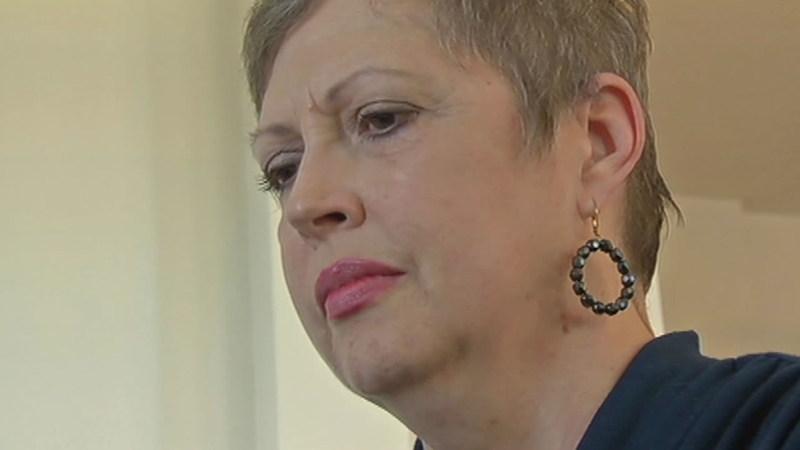 SAN FRANCISCO (KGO) -- A cancer patient and five doctors filed a lawsuit in San Francisco on Wednesday against the state of California.

It's an attempt to overturn the law that makes it a crime for physicians to help terminally ill patients die.

A bill was introduced in the state legislature last month that would allow doctors to assist patients in dying but similar measures have gone down in defeat.

She is fighting to live but trying to control how, when and where she dies.

"What I'm working for probably won't help me but it's going to help the people who come behind me," White said.

The 53-year-old San Francisco woman is a plaintiff in a lawsuit filed on Wednesday, challenging California law that her attorneys say dates back to 1874 that makes it a felony to help someone commit suicide.

"This case is about letting the patient, the individual, script the last bit of their journey through life," White's attorney Kathryn Tucker said.

Tucker says it is a right of privacy, autonomy and liberty.

The lawsuit comes after 29-year-old brain cancer patient Brittany Maynard moved from the Bay Area to Oregon, where she received the drugs that peacefully ended her life.

But opponents believe there is too much room for abuse.

"Where assisted suicide is legal, an heir, that is someone who stands to inherit from the patient, or an abusive caregiver can steer them towards assisted suicide," Californians Against Assisted Suicide spokesperson Marilyn Golden said.

"I say wait until you've been diagnosed and you'll strongly change your mind," White said.

But critics of assisted suicide say patients like White should rely on sedation to ease their pain.

Five states allow physicians to step in, including Oregon, Washington State and Montana.