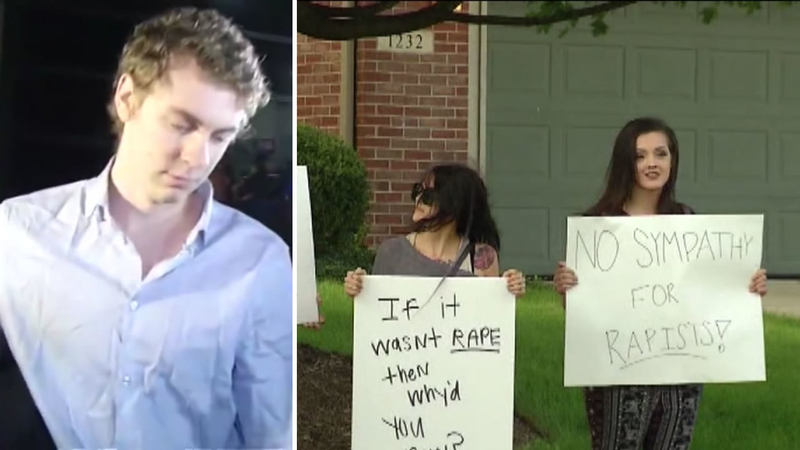 Brock Turner's next stop will be his home state of Ohio. But he will not be getting a warm reception.

After serving half of a six month sentence, Turner left the Santa Clara County jail just after 6 a.m. The implications of his crime, sexually assaulting an unconscious woman, and his sentencing are far from over.

"It's a decision I'm not happy with. I think it should have been a state prison sentence," said Santa Clara County Sheriff Laurie Smith.

Turner is expected to go home to Greene County, Ohio. The sheriff there said postcards will be mailed to nearby homeowners to alert them that a sex offender lives in the area.


Protesters are gathered on the sidewalk and holding signs in front of the Turner home.

For the past three months, Turner shared a cell with five other inmates in protective custody.

"There's a lot of reasons to be in protective custody, basically they're at risk while they're here," Smith said.

Hours after Turner was released, a rally was held outside the jail calling for the judge who sentenced him to be recalled. Lawmakers and elected officials stood beside survivors of sexual assault.

"Sexual assault is never the victim's fault. No one is ever asking to be sexually assaulted," said rape survivor Kamilah Willingham.

"My district in Santa Clara County is unsafe because of Judge Persky sitting on the bench right now," said Calif. Senator Jim Beall.

Persky is currently only hearing civil cases. Turner will be on probation for three years.