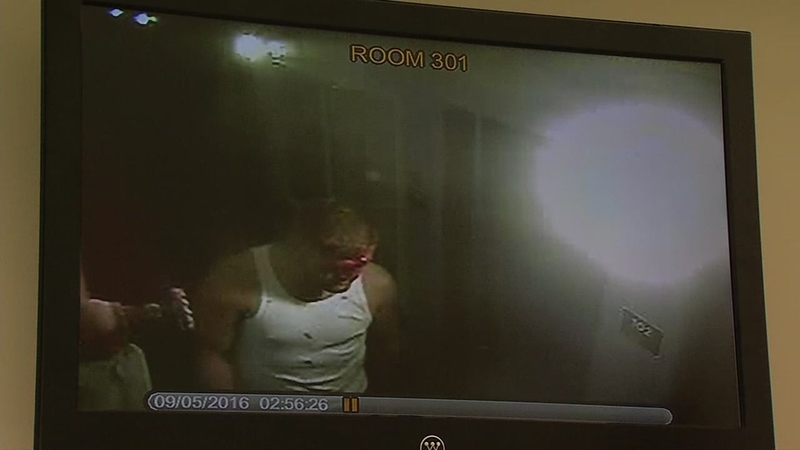 SAN FRANCISCO (KGO) -- The San Francisco 49ers released fullback Bruce Miller on Monday after police arrested him for assault and elder abuse. Watch the video player above for a look at new surveillance video that shows him bloodied and stumbling moments after the incident near Fisherman's Wharf in San Francisco.