About 200 Uber drivers assembled outside Uber's San Francisco headquarters as part of a National Day of Action.

At one point, the rowdy protest took over Market Street in front of Uber HQ blocking all traffic except MUNI buses.

This demonstration happened in ten major cities across the country ahead of Uber's initial multi-billion public offering set for Friday.

"While they're about to be some newly minted millionaires upstairs, they continuously cut our pay," said Uber driver Rebecca Stark.

Longtime Uber driver Derrick Baker told ABC7 News that he makes $200 a day, but after taking out $50 for gas, he claims it is not enough to live on.

"We're asking for benefits, you know, such as medical, dental, workers comp. things like that," said Baker. "I love this industry. I love the driving. I love to meet people."

Protesting drivers vowed to turn their app off for 12 hours, from noon until midnight but ABC7 News found plenty of rides still available on the Uber app throughout the day.

Some app users expressed solidarity with the striking drivers, telling ABC7 News that they would not be using the app while the strike was on.

Taxi drivers were happy about the strike, but it not clear if it translates into a boost for their bottom line.

A phone request for a taxi from on-demand taxi service Flywheel, took longer than normal to fill, but one cab driver said it was actually slower than a normal day.

But they did notice one difference.

"There's not as many cars," explained Margo Miranda.

Experts believe there is often as many as 10,000 ride share cars on the streets of San Francisco each day.

ABC7 News reached out to Uber for a response to the strike, but has yet to receive a comment. 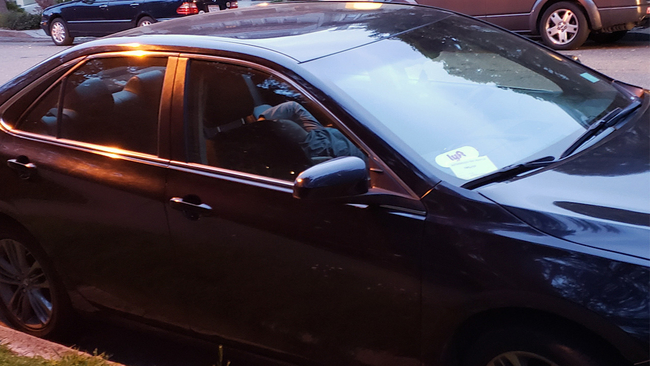 A day in the life an Uber rideshare driver
Who's your rideshare driver? I-Team investigates passenger safety
Woman with baby had to walk down I-880 in rain after Lyft breakdown
'Master' Lyft and Uber Driver shares secrets to making money
BUILDING A BETTER BAY AREA