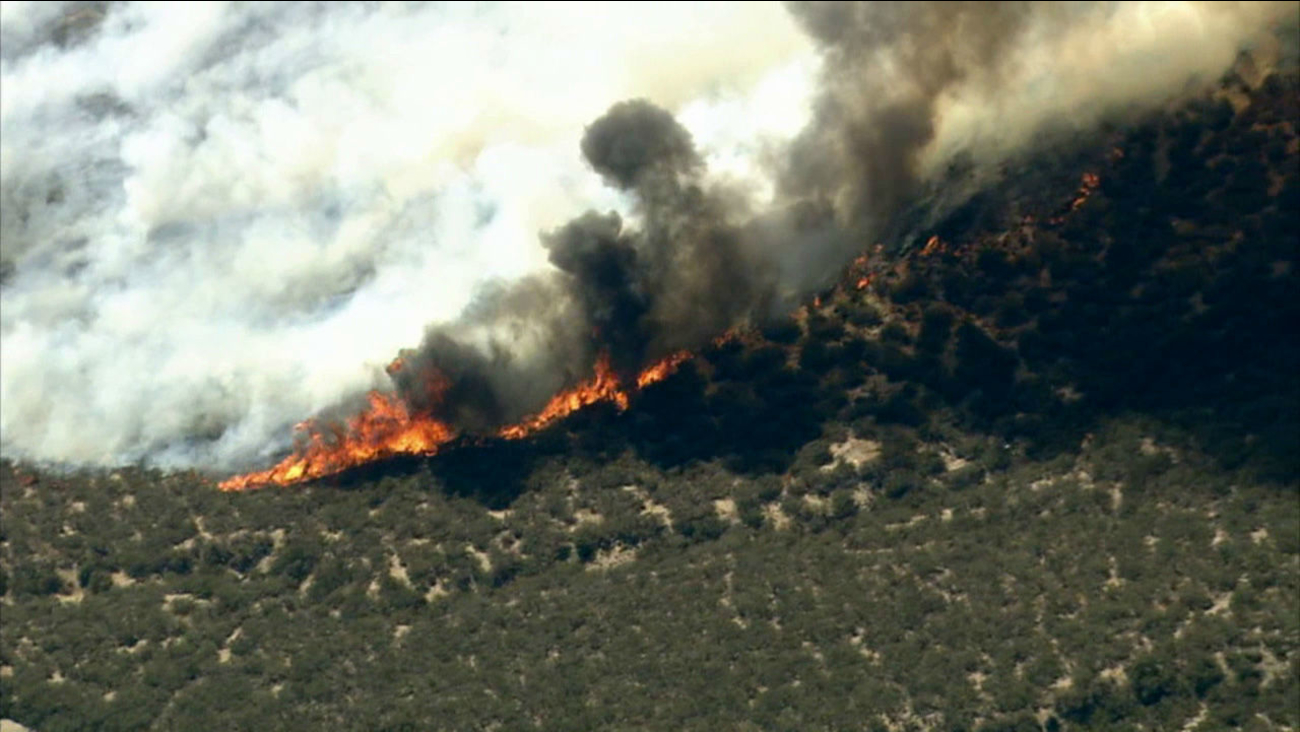 CAJON PASS -- A fast-moving brush fire in the Cajon Pass near the 15 Freeway stayed at 3,500 acres and was 60 percent contained by Sunday morning. About 700 structures were threatened and one person was injured.