Officials warn to be on lookout for gas thieves targeting cars, gas stations amid high prices 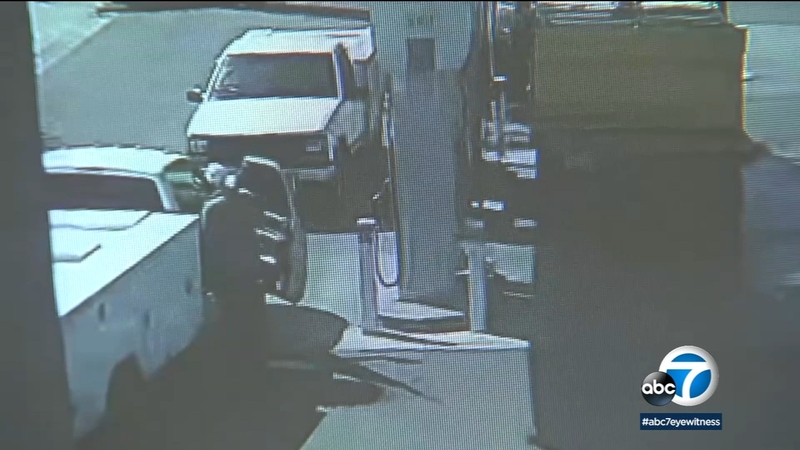 LOS ANGELES -- As gas prices continue to climb, thieves are turning to steal gas through a variety of ways that include targeting gas stations or individual vehicles.

"Always concerned about any type of automotive crimes that could be happening to consumers," said Doug Shupe with the Auto Club of Southern California. "People pay a lot of money for their vehicles to keep them maintained."

RELATED: Why are US gas prices soaring when America barely uses Russian oil?
"They're paying a lot of money for gasoline so we don't want drivers to have to experience not only the loss of a full tank of gas, which comes at a high dollar amount these days, but also have to deal with cost of replacing that fuel tank," added Shupe.

That's the case with a growing trend in criminals drilling into the gas tank of a car, officials say. Replacing your gas tank could cost $1,000 or more.

Police around the country are warning drivers to be on the lookout for gas thieves.

Record gas prices are damaging so many people, and now police around the country are warning drivers to be on the lookout for gas thieves.

On March 10, ABC7 Eyewitness News in Los Angeles captured the scene at a Long Beach gas station on Redondo Beach Boulevard where police surrounded three vehicles, caught in the act of allegedly trying to steal gasoline.

Police say one person was taken into custody. A suspect paid for $20 worth of gas, but was able to physically damage the pump to not shut off or alert the cashier, officials said.

RELATED: Are gas stations, oil companies price gouging you? Here's what experts say
"We are hearing about more and more reports of gas thefts happening not only in southern California, but also across the country," Shupe said. "The old fashioned way that thieves would steal gasoline from a vehicle would be to siphon it out of the gas tank, but newer vehicles these days have a rollover valve in the gas tank, which prevents the gasoline from going out of the gas tank."

In Houston, thieves took thousands of dollars worth of gas from a gas station's underground tank.

"The van drives on top of the fuel tank and that's all you see. No one comes out, so they have a trapped door inside their vehicle, which is crazy," said Jerry Thayl, a gas station manager in Houston.

The Auto Club of Southern California says there's a few ways to keep your vehicle safe.

"If you do have a vehicle in a driveway, park it in a garage if you have one. If you're parking in public, look for fenced in areas. Maybe something with a surveillance camera so people can't get into that secured parking area," said Shupe.