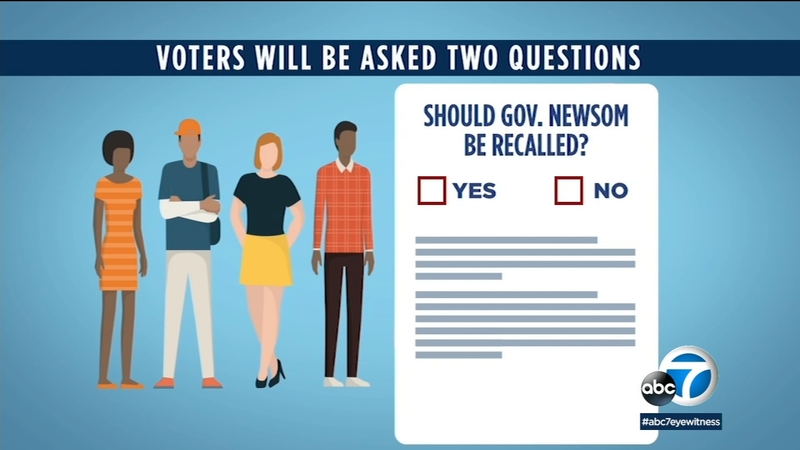 CA's recall ballot could confuse voters. Here's what to know

LOS ANGELES -- On Tuesday, Sept. 14, California voters will decide whether Gov. Gavin Newson should keep his job. A majority of voters would need to mark "yes" on the recall ballot to oust Newsom more than a year before his term ends.

If they do, they would choose from a list of 46 replacement candidates - many of them unknown, but others with some recognition, including conservative talk show host Larry Elder and former San Diego Mayor Kevin Faulconer. Reality TV star Caitlyn Jenner also is running but has failed to gain traction.

In California, a state where ballot initiatives thrive, many governors have faced recall drives under a century-old reform that created a mechanism for voters to remove them mid-term. But only one other effort tapped into enough frustration to make the ballot: Voters recalled Democratic Gov. Gray Davis in 2003 over an energy crisis and replaced him with Arnold Schwarzenegger, the last California Republican to win statewide.

Because so many people are running, the winner would likely become the next governor of the nation's most populous state with 25% or less of the votes. That's a far cry from the landslide that swept Newsom into office in 2018.

A loss for Newsom, 53, would be a shocking twist in his relatively charmed political career and would almost certainly install a Republican governor in the nation's chief laboratory for progressive policies. A slight majority approve of his job handling, according to a recent poll from the Public Policy Institute of California that also shows the recall failing.

The results will be picked apart for clues on how voters are feeling heading into the 2022 midterm elections, when control of Congress and more than half of governorships are up for grabs.

Let us know how you feel by answering our California recall election poll questions below.

* Please note the polls may take some time to load.

Take a look at the latest stories and videos about the recall election.