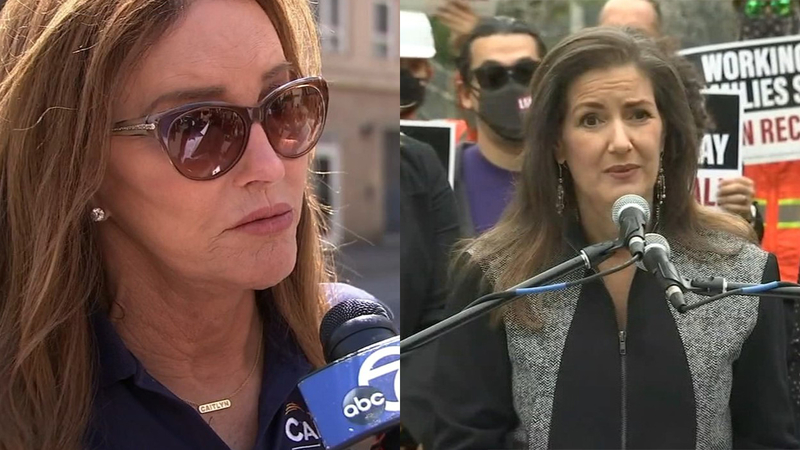 Republicans, Democrats campaign across Bay Area ahead of CA recall

SAN FRANCISCO (KGO) -- With just 20 days left until Californians head to the polls for the recall election, many of the candidates are running full speed ahead towards the finish line.

There were two Republican contenders in the Bay Area on Wednesday.

The first was former San Diego Mayor Kevin Faulconer held a rally in the East Bay, where he received an endorsement from Crime Victims United.

RELATED: Newsom on the attack, says candidate Larry Elder is to the right of Donald Trump

She talked about everything from homelessness, to drug addiction and fixing the economy.

"If you have lower taxes, less regulations, build a pro business environment. I believe in the people of California, not the people in Sacramento," Jenner said.

VIDEO: What does a 'yes' or 'no' vote mean in the CA recall? We explain here

Many people have received their ballots for the special election to recall Governor Gavin Newsom. But there's been some confusion, so we breakdown the ballot so you can make sure your vote counts.

Jenner has struggled to gain traction in the polls. She says the issues are what matter and believes voters are sick of the policies of Governor Newsom.

"We need to come up with solutions and we need to do it fast or to be honest with you this won't be the Golden State any longer," she said.

While Jenner was in San Francisco, across the bay in Oakland, several Democrats came out to support Gov. Gavin Newsom and attack his opponents.

Top of their list was GOP frontrunner Larry Elder.

"Is perpetuating anti-vaxxer conspiracy theorists. He believes climate change is a hoax. He wants to take us back to the 1950s," said Assemblywoman Buffy Wicks.

Democrats like Oakland Mayor Libby Schaff framed the recall itself as a right wing power grab and slammed it as a waste of taxpayer money.