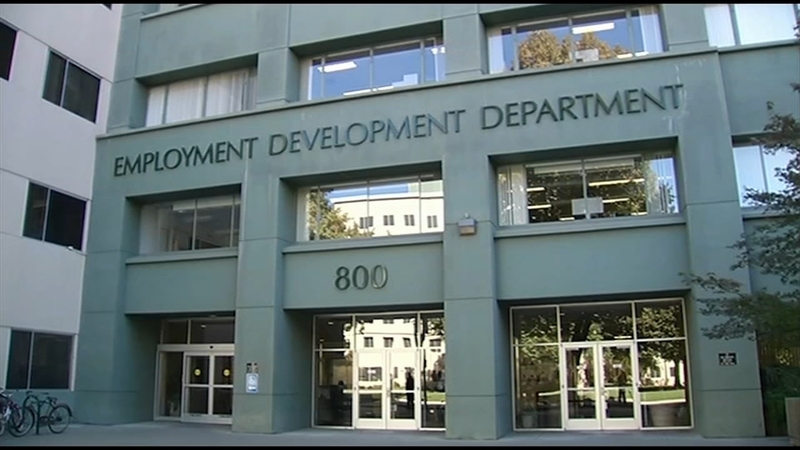 SAN FRANCISCO (KGO) -- Sunday night, complaints flooded in by the dozens as California's EDD website and call center went down over the weekend.

ABC7 News Reporter J.R. Stone received more than 200 messages from those who have been dealing with problems.

"This is not acceptable," said Tommy Schofield.

"It's frustrating! There are days when I'm just frustrated, I cry, I'm like 'why is it taking so long,'" said Maureen Baughman of Antioch.

Everyone was referring to California's EDD - the office that handles unemployment claims, but one that had more problems this weekend.

"We knew that they were going to be down for part of the day yesterday, but apparently the website is still down today which is not part of the maintenance plan and we have not been able to get an answer from EDD," said State Senator Scott Wiener of San Francisco.

Our calls and emails weren't returned either.

State Senator Wiener says some of his staff members have spent all of their time over the last year trying to help people get the money they deserve.

With the website giving problems and phone lines down at times this weekend, according to the site, the anger built among many who haven't received their unemployment wages in sometime.

Tommy Schofield lost his events job early in the pandemic. He says he hasn't been paid for a month, and before that was receiving less money than he was supposed to get.

Maureen Baughman says it's been 12 weeks with no payments for her.

Karen Wolk lost her job earlier this year and says she hasn't been paid in a month and may not be able to afford her family's health insurance.

"I hear all this talk about unemployment, that people are staying on it, they're making more money not working than they would be at work, well I can't find a job," says Wolk.

"The governor has proposed a significant augmentation of resources for EDD again so they can hire more people, have improved customers service," says Wiener.

But there's no telling how long that could take. EDD recently said they're working to improve some of these issues.

State Senator Wiener says the system's failure to help those like Karen, Tommy, Maureen, and so many others, is a collective failure of state government today and yesterday.

"I'm just so profoundly sorry on behalf of the State of California that this failure has happened, and we need to make sure that it never happens again because it is beyond unacceptable," says Wiener.