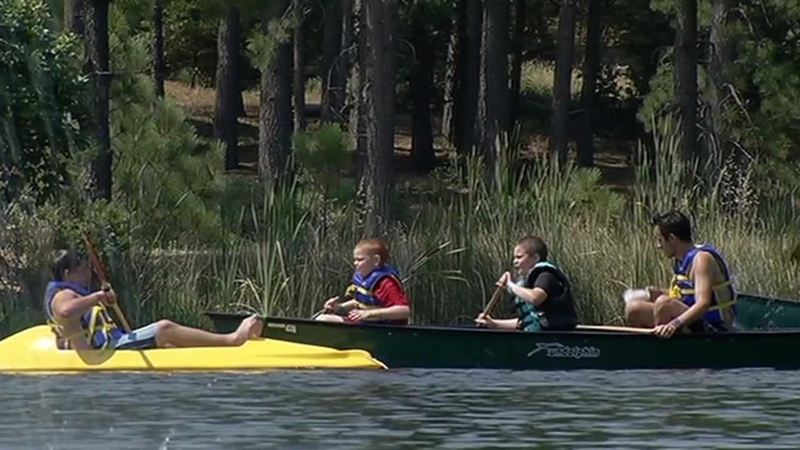 BERRY CREEK, Calif. (KGO) -- It's become a Thanksgiving tradition on ABC7 News to bring you an update on Camp Okizu, a free camp for children with cancer and their families.

"Okizu" is from the Sioux language and means "unity," "to heal from a hurt."

Camp Okizu has been helping families heal for 33 years. I recently visited the camp, located in the Sierra Foothills, and heard some powerful stories.

"Cancer had nearly taken my life, but what it left me with an opportunity to help people and to give back to those who had given me so much," U.C. Berkeley graduate Brianna Mercado said.

This YouTube video shows 23-year-old Brianna pouring her heart out at a conference during the summer about her two battles with cancer.

She talks about choosing to fulfill her dream of dancing and choosing to be grateful, in spite of her ordeals. 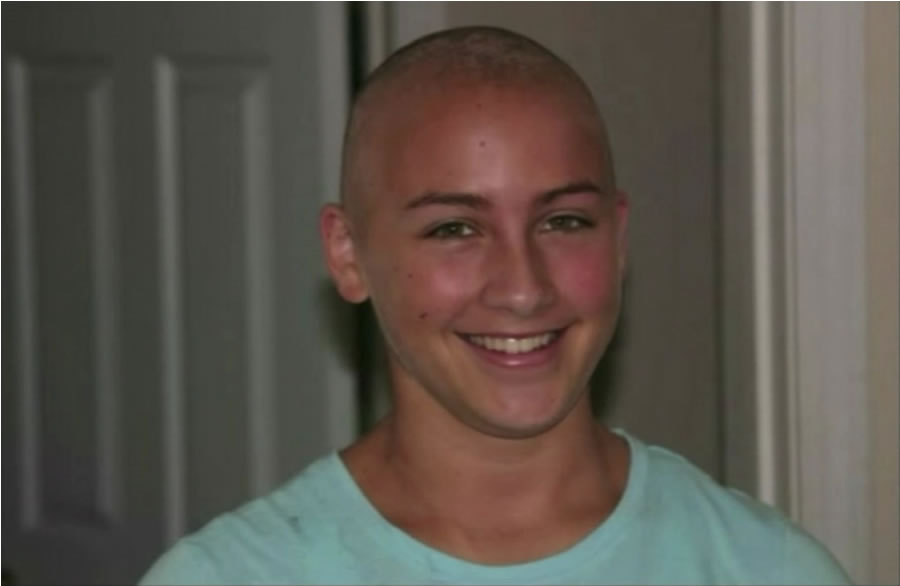 I met Brianna at Camp Okizu, where she is showing her gratitude by being a counselor for siblings of children living with cancer, including my young nephew, Nolan.

It's kind of like herding cats with the little campers. Brianna understands. She was a camper after her first fight with cancer.

"I was just beginning to grow some hair on my head. I had peach fuzz, but I felt very much at home seeing a bunch of other kids with their bald heads, too," Brianna said.

"I was diagnosed with non-Hodgkin lymphoma when I was 16 years old. I was able to come to camp for one year as a camper when I was 17. I had an amazing time and I applied to be a counselor the next year," Camp Okizu counselor Kodiac said.

Kodiac, that's his camp name, is grateful too. He does life guard duty and anything else that needs to be done at Camp Okizu. 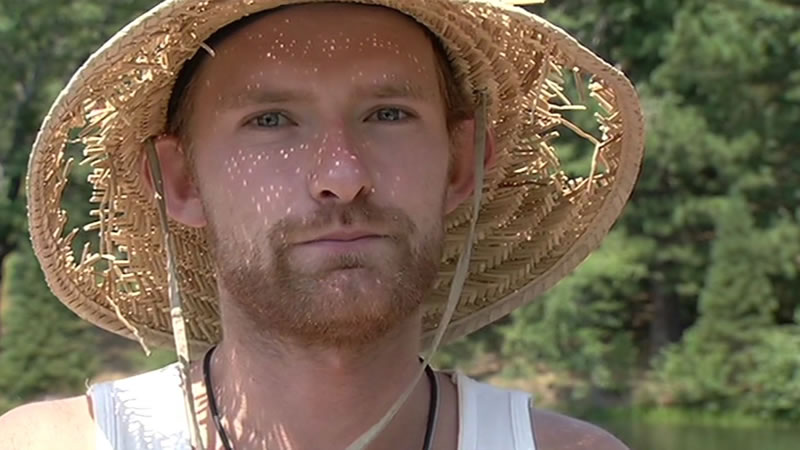 "It's really the best way I can imagine spending my summer," Kodiac said.

You can see why they are drawn to Camp Okizu again and again, and why they want to give back.

They all become part of a family, with a goal of making everyone feel included in all the activities. There are a lot of things to do -- boating, swimming, learning to bait a hook to try to catch a fish, or dancing to the lunchtime favorite "Uptown Girl."

"One of the most rewarding things I think we do is to see anybody who gets the program enough that they want to come back, be part of it, add to it and help out going forward. That's the best reward," Camp Okizu co-founder John Bell said.

The two co-founders of Camp Okizu get out there with the kids, even on a 100-degree day. John Bell and Dr. Mike Amylon have been committed to helping children and families with cancer for 33 years.

So far, they have separate camps for the oncology kids, plus family camps and camps for siblings.

This week is Sibs Camp, where Nolan Scheley told me how he was affected when his older brother C.J. was diagnosed with brain cancer at the age of 15. Nolan was only about 6 years old at the time. Now he's 10. 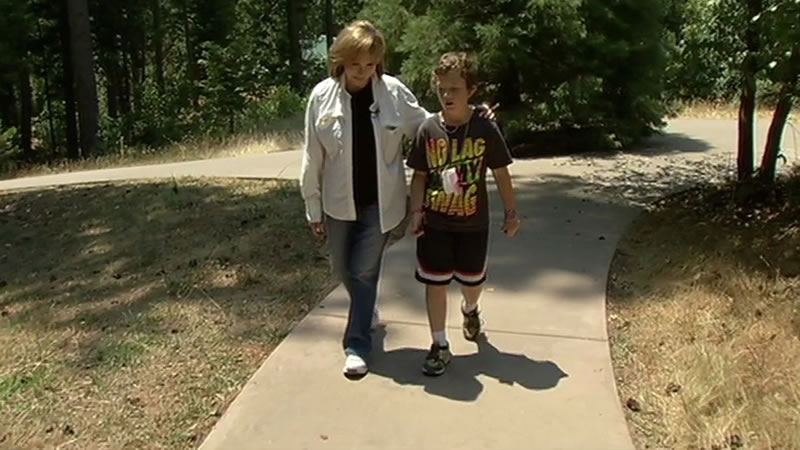 "Projects at school, I couldn't really do them because I was moving around all the time," Nolan said.

C.J. came to camp in 2010, even though his chemotherapy made him sick.

During all of this, Nolan coped the best he could. "None of us should be here right now, because it's just unfair and our siblings, it's just so unfair for them," C.J. said.

Those feelings and memories are tough, but the good news is that C.J. is now able to attend college.

Sibs Camp is crucial, so kids can share their emotions and become a support for each other. Family camps help moms and dads understand what happens to a sibling when parents are focused on the sick child.

"I think that in some ways, the Siblings Camp is more important because they've got no other resources available to them," Amylon said.

Family camps help moms and dads understand what happens to a sibling when parents are focused on the sick child.

"When the child has to stay with friends for some extended period of time because you're at the hospital, there's a lot of anger involved. All those kind of things get mixed up because after you feel angry about it, then you feel guilty about it," Bell said.

"All too often they sort of think that somehow they must have done something wrong and because they feel like the world has forgotten they are there. So it sort of validates the experience they're having and relieves them of the guilt," Amylon said. 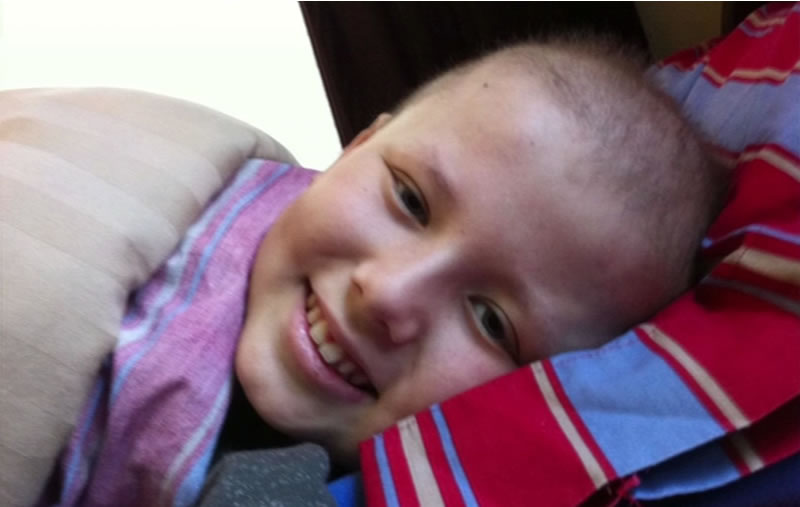 "I slept in his bed a couple of times," Elsa added.

Alec was diagnosed with cancer back in 2010, when he was just in the 5th grade. His siblings were really young when he was going in and out of the hospital. 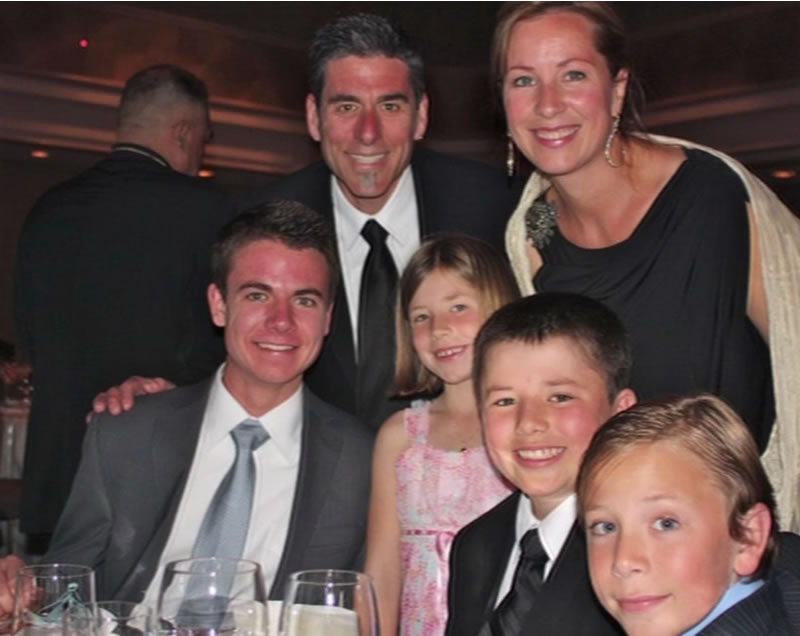 Now that Alec is doing well, the entire family is supporting the band Max is in, WJM -- the initials of the boys William, James and Max.

They donate their proceeds to Camp Okizu and other charities, and that attitude of choosing to give back won them an invitation to play at a Ted X Conference at the United Nations Plaza in New York to inspire others. 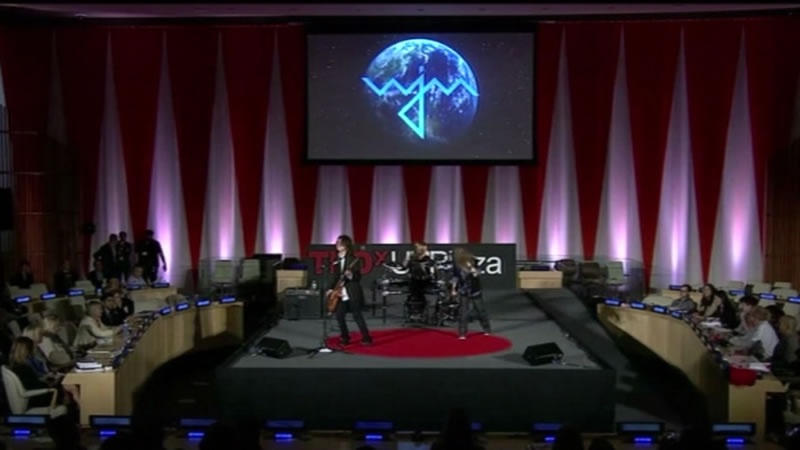 That's how the healing magic of Camp Okizu affects campers and counselors, just as it does Brianna.

"My life motto is: life is not about waiting for the storm to pass, but about learning to dance in the rain. I am choosing to dance," Brianna said.

Camp Okizu's founders say the need is growing and they need your help to provide additional programs.