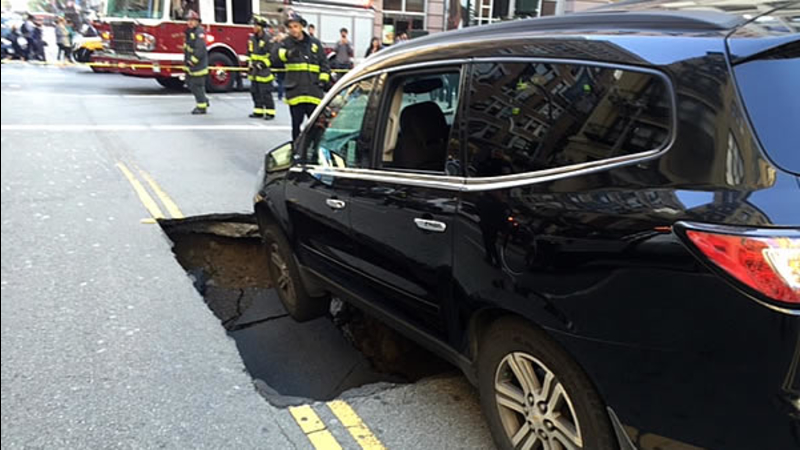 An Uber driver was in the wrong place at the wrong time, waiting for the light to change at Mission and New Montgomery streets when the incident happened. A family was inside the SUV and spoke to ABC7 News about their terrifying ordeal.

The street will remain closed until Wednesday.

PHOTOS: Crews rescue family from car after it got stuck in sinkhole in SF 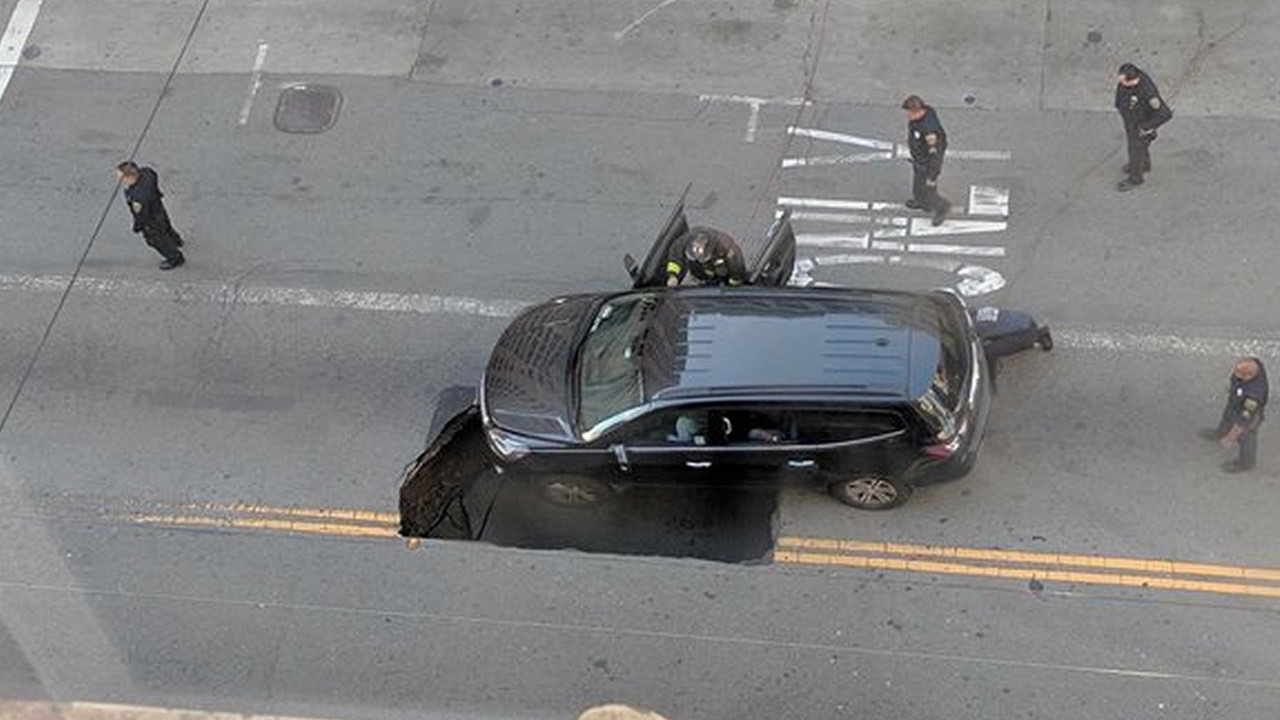 "The car go down right away so I don't know what happened," said Uber driver Jose Santana.

His passengers didn't know what happened either.

"We kind of thought it was a flat tire and then we saw all these people clicking videos and stuff and the cops came and they said, 'Just don't move,'" said Radhika Achuthan.

The family, visiting from Los Angeles, didn't know how much danger they were in until they were safely out of the SUV.

"It was terrifying. We felt that it might completely go down," said Ashok Narayanan

"It was so shocking to see that big, big hole there," Achuthan said.

The family had no choice but to shake it off and find another way to the airport to catch their flight home.

Passers by had to stop and stare. Monica Berini captured video of the SUV being pulled to solid ground. "It became kind of fascinating and interesting watching the firefighters pull the car out," Berini.

The San Francisco Public Utilities Commission says a broken sewer line caused the sinkhole, a brick sewer main from 1875. It will take at least a day or two to repair it.

Crews will clean it up and they'll reattach new pipe, make the street whole again and put the street and sewer back into service," said Charles Sheehan of the SFPUC.

The SFPUC says sewer service is not disrupted.

#Uber driver had family from LA in the car; they were headed to airport. Passenger said it was terrifying. pic.twitter.com/BZzSupjNLJ

Giant sinkhole at New Montgomery and Mission in SF is giant pic.twitter.com/DiL4GH1e63