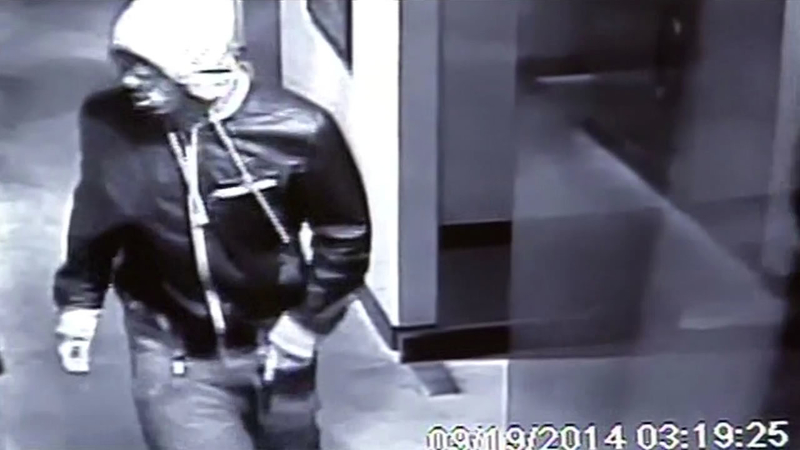 BELMONT, Calif. (KGO) -- In two days, thieves broke into three car dealerships in Belmont and San Jose and stole nearly two dozen cars, most of them high-end expensive models but police are on the move.

Formula 1 Motors in San Jose was hit by car thieves early Friday morning. They broke down a door. Surveillance video from the dealership shows two of the suspects in the dealership hallway going into offices looking for car keys. The two thieves hurry out after finding two key boards, dropping a key or two in their rush to leave.

"After they got the keys they left and came back maybe 10 to 15 minutes later to make sure police and nothing else was going on," Zaheri said.

Either the alarm wasn't turned on, or it wasn't working. The thieves returned clicking remotes to see where the most expensive cars were parked.

"Three's eight of them running in the whole parking lot," Zaheri said, describing the surveillance video. "Each of of them jumping into the cars and trying to drive off with it. One of the cars, the (BMW) X-6, it took them literally 10 minutes because they didn't know how to drive it. Someone came and told him, this is how you start these cars."

The brazen, well-planned robberies were done by people who knew exactly what they were doing, Zaheri said.

Within 48 hours, two other car dealerships were broken into.

Police said eight cars were also stolen from the nearby Mercedes-Benz of Stevens Creek. And at Autobahn Motors in Belmont, thieves drove eight cars off the lot.

The motives were all were similar. Belmont police say the thieves took the keys from an outbuilding on the lot and stole customers' cars that were being serviced.

Police had a busy day. By late tuesday afternoon, most of Autobahn's cars were recovered.

"Of the eight vehicles, six were recovered in Oakland and that means two are outstanding," Belmont police Capt. Pat Halloran said.

San Jose police said they have arrested two suspects in Oakland in connection with car thefts from two different dealerships that occurred in August. Belmont police say those aren't the same suspects. San Jose police have not responded to additional inquiries placed by ABC7 News.