"I am more than a musician. I bring the change in people because I bring hope and courage."
KGO
By Lyanne Melendez 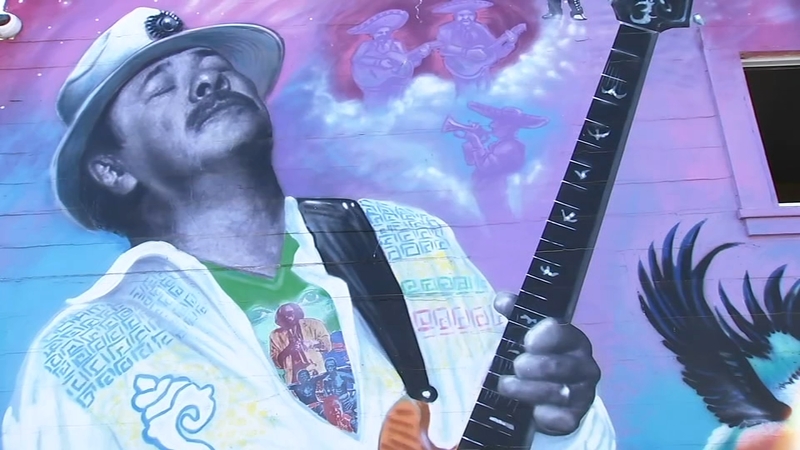 SAN FRANCISCO (KGO) -- Legendary guitarist and musician Carlos Santana is synonymous with San Francisco's Mission District. On Friday, he and his family were honored for their many contributions to that community and to the Latin Rock industry.

He has been referred to as the godfather of Latin Rock. Santana has been a legend in the place his family has always called home, San Francisco's Mission District.

"To me because I was here the whole time he created that Latin Rock sound, I mean and the percussionist but it was Carlos who put us on the map," said Richard Segovia, a longtime friend.

On Friday, his community honored him and his family with a mural in the heart of the Mission. His parents, son and his brother Jorge are part of that legacy.

It was in fact Jorge Santana who came up with the idea to have a family mural. He died in May 2020, a gifted musician in his own right.

"We are the beneficiaries of their spirit of their love, of their musical genius," expressed San Francisco Mayor, London Breed.

Mark Bode painted the mural. "The inspiration is the number one family of music in the Mission and in the world you know," said Bode.

"I am more than a musician. I bring the change in people because I bring hope and courage," said Carlos Santana during Friday's ceremony.

In 2017, Santana was involved in the documentary "Dolores" highlighting the achievements of civil rights leader Dolores Huerta.

That spirit of clarity and courage continue to inspire this community.

"Es la pura luz, luz, espiritu, amor. That's who we are, carry yourself like it," added Santana.