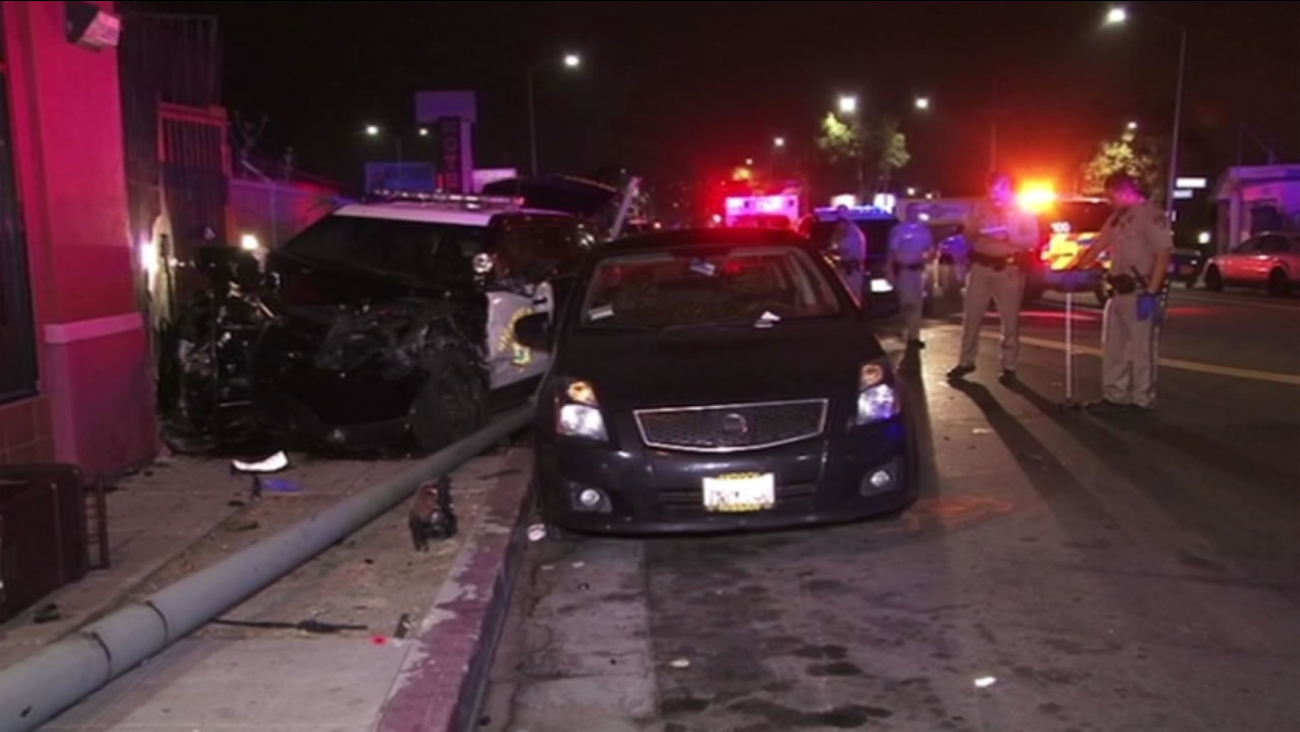 A high-speed chase on I-580 ended after a CHP cruiser crashed into multiple parked cars and a pole in Oakland, Calif. on Thursday, June 30, 2016. (KGO-TV)

OAKLAND, Calif. -- A high-speed chase on westbound Interstate Highway 580 ended after a California Highway Patrol unit crashed into multiple vehicles and a light pole in Oakland.

A CHP officer said the incident began at 2:13 a.m. near Shaffer Ranch in Dublin after a vehicle failed to stop for a traffic stop.

The vehicle led officers on a high-speed pursuit on the highway, at times reaching speeds of over 100 mph.

The CHP said the pursuit ended at 2:21 a.m. after the officer became involved in a crash, hitting several parked cars and a light pole.

The suspect vehicle was a described as a four-door sedan, however no other information about the vehicle was released.