Family attorneys say Anaheim officers held a knee to Christopher Eisinger's neck and back for up to five minutes and he couldn't breathe. He died in the hospital eight days later.
KABC
By Tony Cabrera 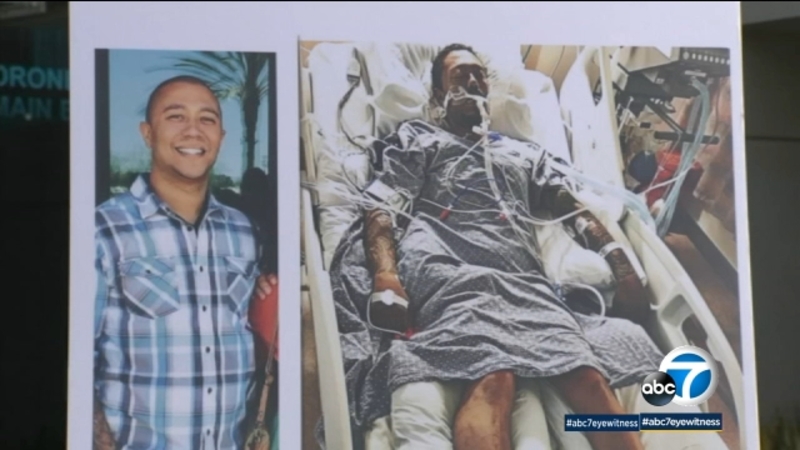 ANAHEIM, Calif. -- The mother of Christopher Eisinger demanded justice for her son on Monday, two years after he died in Anaheim police custody.

"We didn't ask for revenge in the first place. But what we want is reform. They have to stop doing this and lying about it and sweeping it under the rug," said Katrina Eisinger.

She says her son - who had mental health issues - was in the wrong place at the wrong time. Her lawyers compare it to the George Floyd case.

"The parallels between Christopher Eisinger and George Floyd are both sickening and undeniable. We've been living the George Floyd case right here in Orange County since 2018," said attorney Eric Dubin.

It all started with a 911 call from a resident, claiming Eisinger was in their backyard and then jumped the fence to the front yard and tried to break into their cars.

Although it's not obvious in the body camera videos, lawyers say five officers held a knee to Eisinger's neck and back for up to five minutes. They also say he said he was sick and couldn't breathe. When he goes unconscious, no one renders medical aid until medics arrive.

"I am really outraged because two years ago, we told you we had a George Floyd in your neighborhood, in Anaheim, and no one listened," said attorney Annee Della Donna.

Police say he was armed, but lawyers say he simply had a party popper. Eisinger died in the hospital eight days later. The city says an autopsy shows he died from exerting himself amid health issues.

"At no time did our officers use excessive force. They handled a challenging situation professionally. That was the finding of an internal review and an independent review by the OC District Attorney," said city spokesman Mike Lyster, who says the city believes the findings stand on their own. "Every incident is unique and tying this 2018 incident to the events of the past two weeks is unwarranted."

The trial was supposed to be held in April, but due to COVID-19, it's been moved to October.