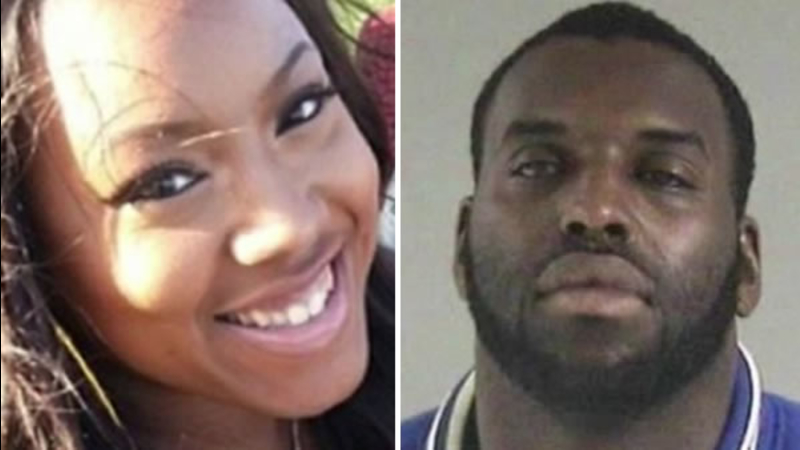 OAKLAND, Calif. (KGO) -- An Oakland man has been sentenced to prison for his role in the murder of a young mother trying to shield her kids during a gun battle.

Chyemil Pierce was just 30 when she was gunned down near her home in March 2015. The man sentenced on Monday, Jerry Harbin, is just one of the eight people initially arrested in the case.

"This is a lose-lose situation for everybody," said Alameda County Assistant District Attorney Butch Ford.

For one West Oakland family, it's just another difficult chapter in a nightmare that began two years ago when they lost Pierce.

"The neighborhood she grew up in, in an ideal world where you should feel the most safe, right? And all she's doing is taking her kids into her house when she realizes something's happening," Ford said.

On March 9, 2015, the 30-year-old Pierce was near her West Oakland home with two of her three children when a gun battle broke out between two groups of men.

Pierce died while trying to shield her kids.

One of 8 suspects, Jerry Harbin sentenced to 13 yrs in prison in 2015 death of Chyemil Pierce, who died shielding kids during gun battle. pic.twitter.com/7JopaavFtp

Harbin, 32, becomes the fourth man sentenced in Pierce's death. He pleaded no contest to voluntary manslaughter and was sentenced to 13 years in prison.

At the sentencing, the prosecutor read a statement from Pierce's fiance, who did not want his name used. "Words cannot express the pain this has caused our family. Chyemil wasn't in the wrong place at the wrong time, she was in her own neighborhood, in front of her own home."

Later, Harbin turned and spoke directly to the victim's family. "I apologize for everything that happened. If you all hate me, I understand, but I love you all. And I hope you can find some peace," he said.

"Even early on, of the situation that is the killing of Ms. Pierce, Mr. Harbin had written a letter to the family, expressing his condolences," said Harbin's defense attorney, Ted Johnson.