'We are one': Mexican pride on full display as Cinco de Mayo draws large crowds to SJ 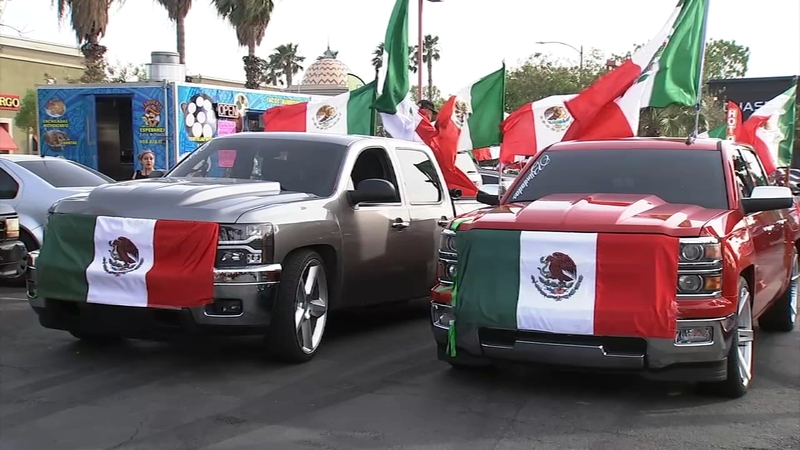 SAN JOSE, Calif. (KGO) -- Mexican pride was on full display in San Jose for Cinco de Mayo. The city is known to draw large crowds for the annual celebration. ABC7 News visited a known holiday hot spot on the city's east side.

"You're seeing heritage," resident Elainne Reyes said. "You're definitely seeing the heritage of our native people coming together."

At Story and King Roads, a sea of Mexican flags signaled Thursday's celebration.

"It feels so good. It's like, I'm a Mexican - 100% Mexican," resident Jesse Ortega said. "I like see my people, the culture, you know? They get pumped up and stuff you know, because they like to represent it and I've never seen nothing like this, to be honest."

RELATED: Cinco de Mayo Celebrations: What most Mexican Americans want you to know

Juan Gonzalez added, "You can't even describe it. It's just in you- what you are, who you are, what you represent... being Mexican. Having everyone around you, it's just, you know, everyone has your back."

"We are one and we're gonna be one always," Juan Velazquez told ABC7 News. "Always Mexico."

Earlier in the day, San Jose Police said they'd be staffing up for the holiday weekend ahead.

They warned of unplanned traffic diversions and more, with safety in mind.

RELATED: The origin of Cinco de Mayo celebrations in the U.S. according to a UCLA scholar

"Residents living in the Downtown area, the King Road corridor between McKee Road and Tully Road or Story Road and Jackson Road should expect vehicular and pedestrian traffic delays and are urged to use alternate routes," a media advisory read.

Police said they'd be dedicating additional resources to crack down on sideshow activity as well.

Reminding sideshow spectators can be issued citations or arrested, and face fines up to $1,000.

Drivers participating in sideshows can expect $3,000-$4,000 in fines and a 30-day impound of their vehicle.

The advisory read, "Do not participate in these dangerous sideshows; it's just not worth it."

"Every year! Every year! We come back every year - no permits - but it's not about that," resident Reyes said. "We just like to see each other and have fun."

And with Mexican heritage top of mind, many are making sure the history of the holiday isn't lost.

"Some people get confused with Independence Day of Mexico, but that's not the case here. It's the Battle of Puebla," Reyes shared.