What's a grolar bear? Expert explains why we may see future swarms of hybrid animals 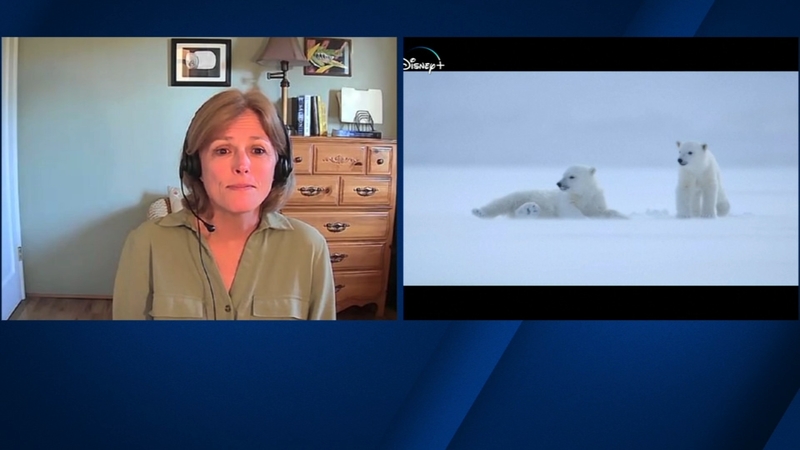 Grolar bear? Expert explains why we may see swarms of hybrid animals

SAN FRANCISCO (KGO) -- Ever heard of a grolar bear? A grizzly mixed with a polar bear? Hybridization is a thing and it's happening more often thanks to - you guessed it - climate change.

Michelle Marvier, a conservation biologist at Santa Clara University, is here to describe why this cross-breeding is happening.

She says one way that species naturally keep their genes in the gene pool is through hybridization and that sometimes leads to adaptations to major change.

"It may be a way for some genes of the polar bear to persist even as we change its habitat very dramatically," she said.

While that may seem like not totally a bad thing, the reason this is happening isn't good news because these two bears wouldn't normally be encountering each other. It's because their habitat is shrinking that it's starting to happen more and more often, Marvier says.

So what happens when you mix a polar bear with a grizzly bear? Are there consequences?

"It's not something that's ideal at all. I think there's other species where it actually could end up being a good thing. There's some examples where hybrid species are actually better able to tolerate extreme conditions," she says.

While areas of the Arctic experience temperatures 50 degrees above normal, weather in the South Pole is roughly 70 degrees warmer than average.

One example we can already see, according to Marvier, is that some sunflowers producing hybrid offspring better able to survive in desert conditions or in salt marshes and it led to an increase in the number of species. "Sometimes, new species arise through hybridization."

One concern is the rate at which this is happening. "There's a lot more hybridization happening because people are moving species and introducing them outside of their native habitats. When that happens, you're potentially bringing together species that wouldn't normally have interacted and opening up that potential for more hybridization."

Both climate change and accidental and intentional introductions of species is causing this, she says.

According to Marvier, with climate change, some scientists are thinking we may need to move species even more to get them to places where they're going to be able to survive in the future climate. Some are very hesitant to do that because of the possibility of increasing the number of hybridizations.

Watch the video in the player above for the full interview with Marvier.