'This should not be happening': Earth's north and south poles are 50-70 degrees above normal

"Is this something that happens every 50, 70 years or so in Antarctica and it's not unusual? We really don't know."
KGO
By Mike Nicco and Tim Didion 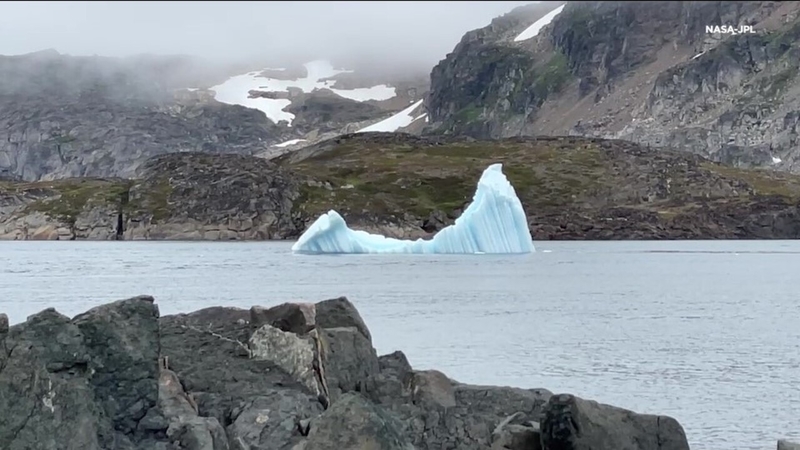 SAN FRANCISCO (KGO) -- Take a high-resolution spin around our home planet at the Morrison Planetarium at the California Academy of Sciences in San Francisco and you begin to get a feel for the vast distance, and geographic differences between Earth's northern Arctic regions, and the southern continent of Antarctica.

But in recent days, the polar opposites have shared more than glaciers in common. While areas of the Arctic experience temperatures 50 degrees above normal, at the same time, weather stations near the South Pole logged readings roughly 70 degrees warmer than average. The spike is anything but normal, according to the Academy's Peter Roopnarine, Ph.D.

RELATED: Discovery of penguin colony in Antarctic appears to be another sign of climate crisis

Experts say the exact forces at work can be complicated, especially in Antarctica where historic temperature data is limited. Fluctuations in ocean warming as well as surface heat also likely play a part.

"And we don't know, is this something that happens every 50, 70 years or so in Antarctica and it's not unusual? We really don't know. Also, is it tied to global warming? Is it going to begin happening every year? We don't know," argues Roopnarine.

Researchers believe a climate threat in Greenland, could ultimately become a threat to the San Francisco Bay.

In the north, studies have already suggested the arctic is warming at several times the rate of the rest of the planet. Teams from the NASA Jet Propulsion Laboratory in Pasadena have been monitoring the effect on massive ice sheets, in areas like Greenland. They say while the recent temperature spikes may be unusual, the melting already being observed raises significant concerns.

"These are anomalies. We don't know why they occur, but we do know that there's warming occurring, especially in the oceans around Antarctica. We know that the atmosphere and the climate is warming generally in the Arctic," explains NASA-JPL scientist Erik Ivans.

The answers to the polar riddle could ultimately have direct implications to the Bay Area.

The melting of ice sheets in the arctic and potentially Antarctica is already considered a major risk factor significant sea level rise and one of the long-term risks of rising temperatures.

And there's another measurement just in from NASA. Researchers say the area covered by ice in the arctic this year was the tenth lowest on record.