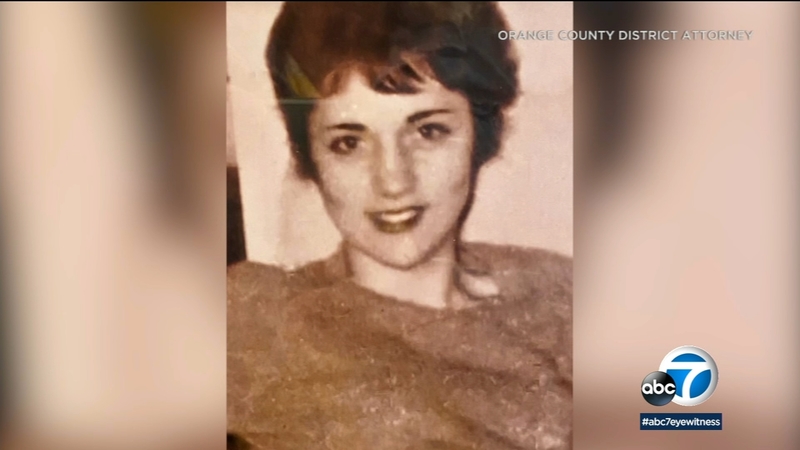 Using genetic genealogy, detectives were able to identify a young woman found dead in a Huntington Beach farm field more than 50 years ago as Anita Louise Piteau, one of seven children from a family in Augusta, Maine.

Her body was discovered March 14, 1968 by three boys playing in the area of Newland Avenue and Yorktown Street, according to the Orange County District Attorney's Office.

She had been raped, severely beaten and her neck was slashed.

Huntington Beach police and the District Attorney's Office were also able to identify her suspected killer as Johnny Chrisco, who had been discharged after three years in the Army following a psychological exam that found he had "a pattern of being quick to anger, easy to feel unjustly treated, chronically resentful, immature and impulsive."

He was not one of the initial suspects. Chrisco died in 2015 of cancer and was buried in Washington state.

Piteau, known as Jane Doe for all these years, had been buried in an unmarked grave in Newport Beach, but her remains have now been taken home to her family in Maine.

It's still not clear how or if Chrisco and Piteau knew each other.

Huntington Beach police officers who responded to the scene were able to preserve a smoked cigarette butt found near the victim's body, but she was not identified "despite extensive follow-up and an exhaustive number of interviews."

Analysis of evidence from the victim's sexual assault kit and clothing developed a male DNA profile in 2001. But there was no identification.

RELATED: Arrest made in Mountain View cold case rape from 2004

A partial DNA profile produced from blood on the victim's blouse was put into the FBI's Combined DNA Index System, and her fingerprints were put into state and national databases. But the efforts were unsuccessful.

Analysis of the cigarette butt in 2010 produced a male DNA profile consistent with the profile developed from the assault kit, but again it did not lead to a suspect.

Last year, police and district attorney's staff turned to the investigative genetic genealogy technique to find a possible family tree. That led to identification of a man named Johnny Chrisco as the suspect, authorities said.

Piteau was finally identified this year through DNA matches with her family, which includes two living sisters, a brother and other relatives.

"The death of Johnny Chrisco prevented the full imposition of justice for Anita's murder, and that is a wound that will never heal, but it was the dogged pursuit of justice that ensured that it was not if, but when, we would finally be able to tell Anita's loved ones who killed her," Orange County District Attorney Todd Spitzer said in the statement.