Former San Francisco 49er Quarterback Colin Kaepernick is no longer making moves on the football field but he is making waves nationwide.

GQ magazine has named him its Citizen of the Year.

GQ calls Colin Kaepernick "the man who became the movement". In 2016, Kaepernick became the first NFL player to kneel during the national anthem to protest police brutality and systemic racism.

Other athletes have followed suit, but Kaepernick has become the symbol of activism.

He's paid a price no team has given him a job this season but the former 49er continues to talk the talk and walk the walk.

The magazine compares him to Muhammed Ali and Jackie Robinson.

Dr. Harry Edwards is a civil rights activist, an advisor to the NFL and the 49ers. He's elated with Kaepernick's selection.

"He and athletes today are following in the footsteps of previous generations of athletes. The big difference today being social media and the fact that the athletes have the biggest megaphone and the highest platform to make statements about social justice and about the effort to form that more perfect union," said Dr. Edwards.

While the magazine is praising Kaepernick for sparking a protest revolution, the nation and the state are divided.

A newly released survey by USC and the Los AnTimes times found 38-percent of Californians surveyed are opposed to the kneeling, while 33-percent support the gesture.

In the Bay Area just over 43-percent support athletes who take a knee, 29-percent are against.

The sharpest opposition comes from Republicans, nearly 84-percent statewide do not approve, perhaps taking their cue from President Trump who has been vocal about his disapproval. 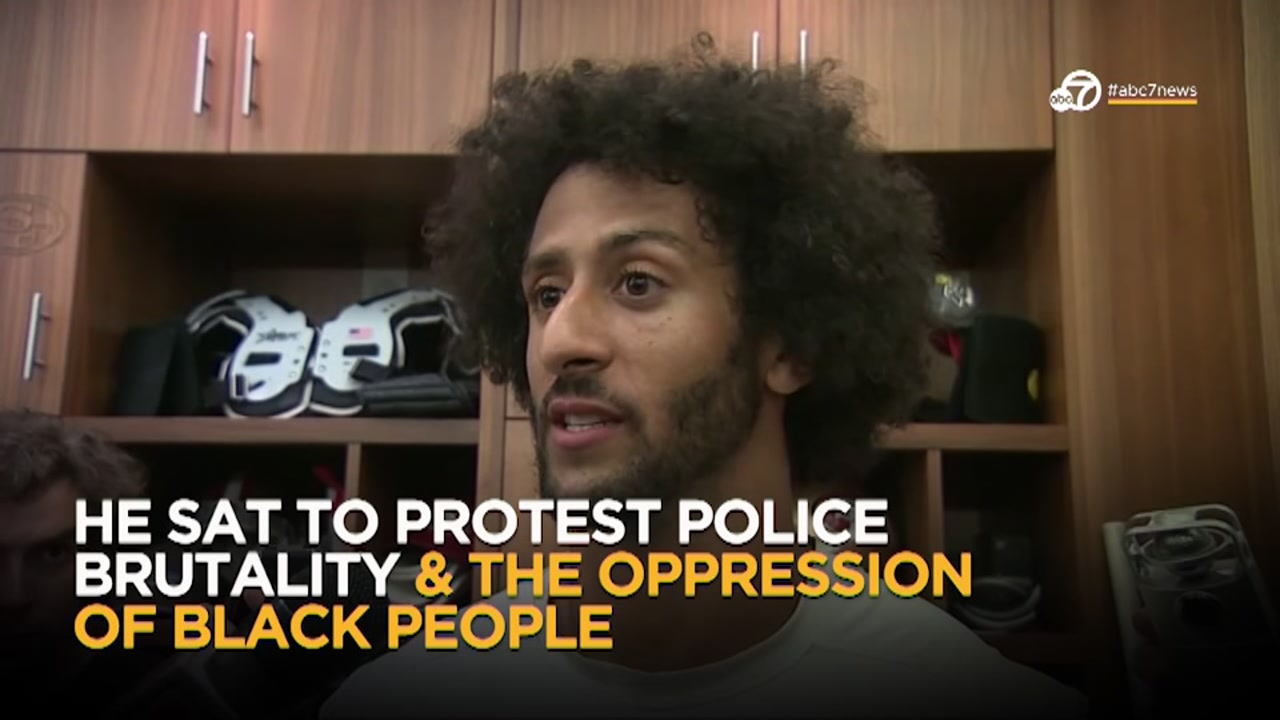