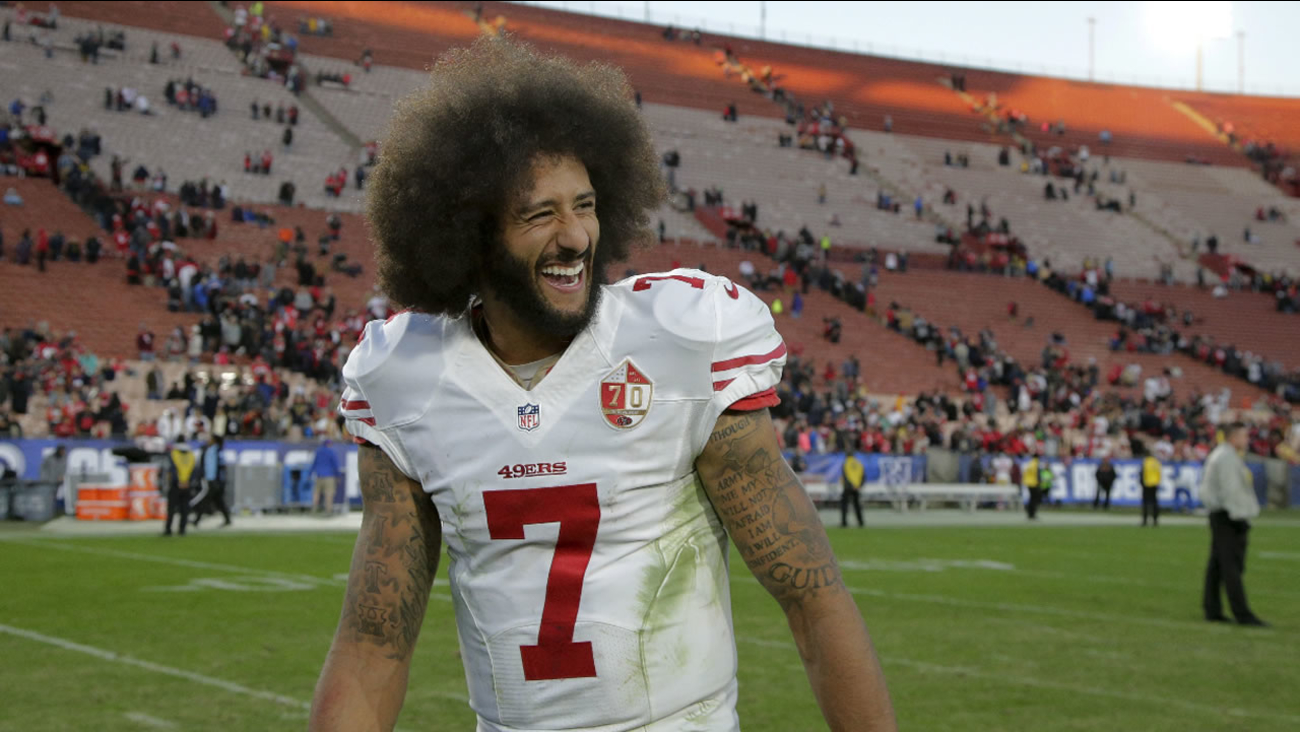 SAN FRANCISCO (KGO) -- The 49ers announced that the winner of their prestigious Len Eshmont Award this year is quarterback Colin Kaepernick.